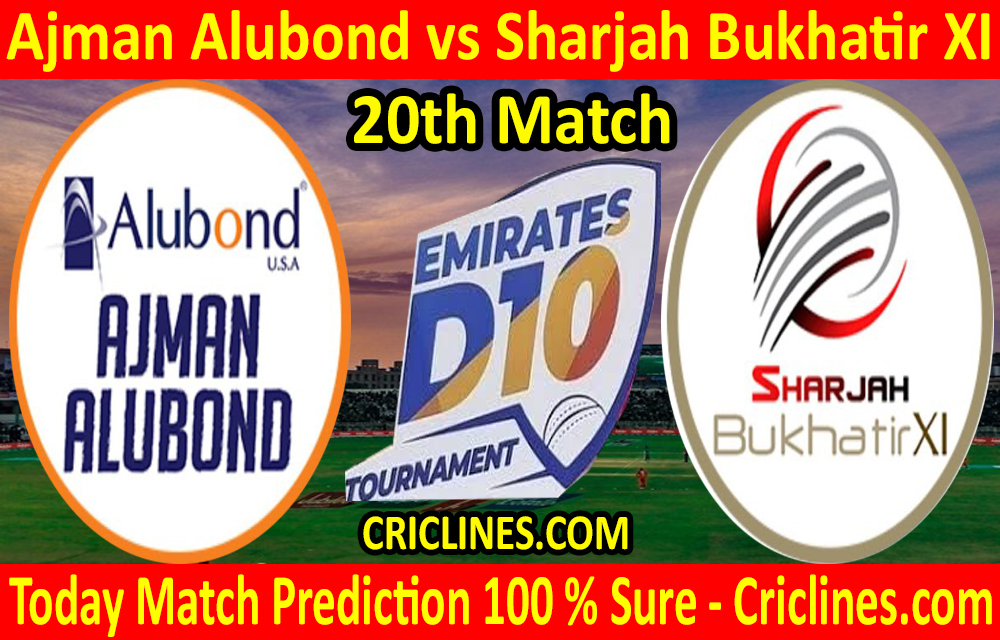 The world is ready to witness yet another big battle of T10 cricket. The 20th Match of D10 League UAE T10 League is scheduled to play between Sharjah Bukhatir XI and Ajman Alubond on Thursday, 30th of July, 2020 at ICC Academy Ground, UAE. The D10 League Emirates. We are posting safe, accurate, and secure today match prediction for all matches of D10 League free.

The performance of Sharjah Bukhatir XI had been good in this tournament so far and they are the second-best performing team of this season of D10 Emirates League. They had played a total of four matches with three wins to their name. They had lost one match and are holding the second position on the points table. They won their most recent match against Dubai Pulse Secure with a handsome margin of seven wickets. Their bowling unit had an outstanding performance in that match. They leaked just 73 runs in their inning of 10 overs. Their batting order also performed well and chased the target of 74 runs in 6.1 overs.

Ajman Alubond had almost failed to give their best performance in this season of D10 League Emirates. They had played a total of four matches when we are writing this with just one win to their name. They had lost three matches and had won just a single match. They are laying at the second position from the bottom of the points table. They lost their most recent match against Fujairah Pacific Ventures by a massive margin of nine wickets. Their batting order performed well in that match and scored a total of 116 runs in their inning of 10 overs but their bowling unit almost failed to give their best performance in that match. They were charged for the target of 117 runs in just 6.2 overs.

The 20th Match of D10 League Emirates season 2020 is scheduled to be held at ICC Academy Ground. A batting favored pitch is expected. The score near about 110 can be difficult for the chasing team.