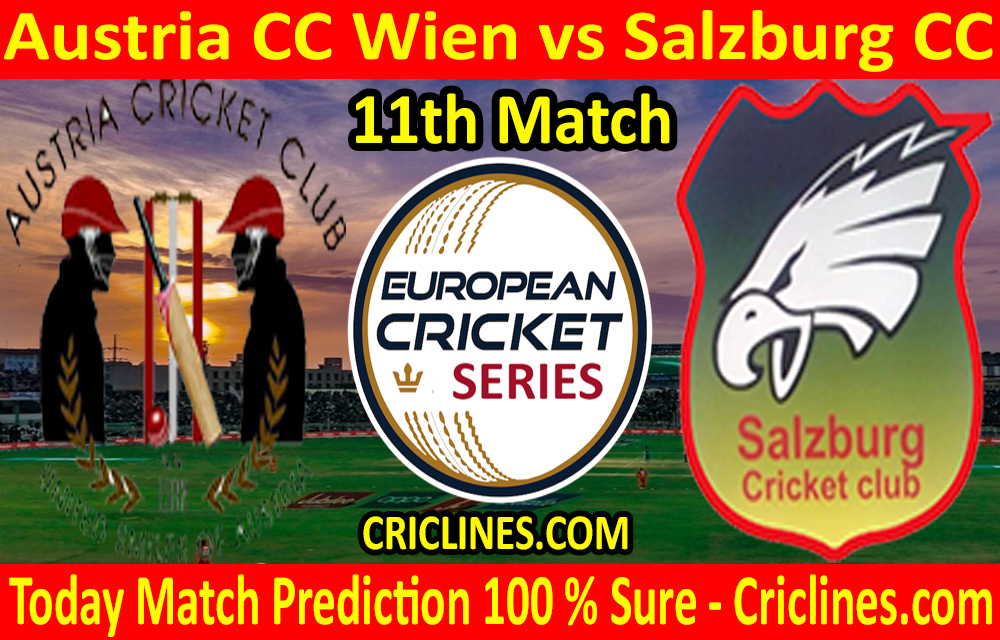 The cricket fans are ready to witness yet another big battle of T10 cricket. The 11th Match of European Cricket Vienna Series ECS T10 2020 is scheduled to play between Salzburg CC and Austria CC Wien on Wednesday, 19th of August, 2020 at Seebarn Cricket Ground, Seebarn. ECS T10 Vienna Series. We are posting safe, accurate, and secure today match prediction for all matches of ECS free.

Austria CC Wien is the worst performing team of this season of ECS T10 League so far and their performance had been disappointing in this tournament. This team had played a total of four matches and are still searching for a win. They had lost three matches while their one match was ended with no result. They are laying at the bottom of the points table. Their most recent match against Salzburg CC was ended with no result.

The performance of Salzburg CC had been good in this tournament and they are the second-best performing team of this season of ECS T10 Vianna Series right now. They had played a total of four matches so far with two wins to their name. They had lost one match while their one match was ended with no result. They are holding the second position on the points table. Their previous match against Austria CC was abandoned.

The 11th Match of European Cricket Series ECS T10 Series season 2020 is scheduled to be held at The Seebarn Cricket Ground, Seebarn. ECS T10 Vienna Series. A batting favored pitch is expected. The score near about 110 can be difficult for the chasing team.