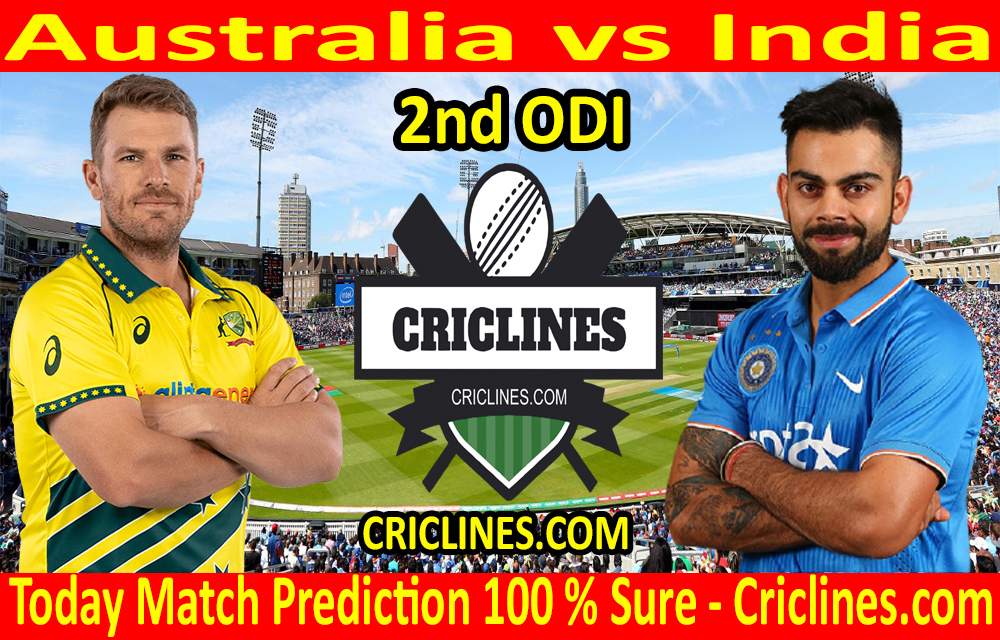 The world is ready to witness yet another big battle of the ODI cricket. The 2nd ODI match of the India tour of Australia is scheduled to be held on Sunday, 29th November 2020 at Sydney Cricket Ground, Sydney. We are posting safe, secure, and accurate today match prediction of all matches of India and Australia.

Australia had a superb start to this home series against India and won the opening match of three ODI series with a handsome margin of 66 runs. They won the toss and decided to bat first. The way how the batting order of Australia performed in that match was just outstanding. They put a total of 374 runs on the board in their inning of 50 overs. The performance of their top-order was just outstanding. The skipper, Aaron Finch was the highest run-scorer from their side who scored 114(124) runs and smashed nine boundaries and two sixes. Steven Smith also had a superb performance with the bat and scored 105(66) runs with the help of 11 boundaries and four sixes. David Warner scored 69 runs while Glenn Maxwell had 45 runs to his name.

India is a strong team but they failed to have a kick start to this tour of Australia and lost the opening match by a massive margin of 66 runs. After losing the toss, they were put in to field first. The bowling unit of team India almost failed to give their best performance in that match. They were charged for 374 runs in their inning of 50 overs. Mohammed Shami was the only successful bowler from their side who picked three wickets in his 10 overs bowled out against 59 runs. Jasprit Bumrah picked one wicket in his 10 overs bowled out while he was charged for 73 runs. Navdeep Saini picked one wicket in ten overs against 83 runs and Yuzvendra Chahal was charged for 89 runs in 10 overs and he also picked one wicket. Ravindra Jadeja remained wicket-less in the previous match while he leaked 60 runs in his 10 overs bowled out.

The performance of the batting order of India was good in the previous match but they failed to chase the target of 375 runs. They could manage to score 308 runs in their inning of 50 overs. Hardik Pandya was the most successful and highest run-scorer from their side who scored 90(76) runs with the help of seven boundaries and four huge sixes. Shikhar Dhawan also had a good performance with the bat in the previous match. He scored 74(86) runs and smashed 10 boundaries during his inning. Navdeep Saini remained not out after scoring 29 runs while Ravindra Jadeja had 25 runs to his name. The skipper, Virat Kohli could manage to score 21 runs.

Australia had played a total of 954 ODI matches where they won 578 and Opposing teams won 333 matches. Their 34 matches ended with no result and 9 matches were tied.

Australia had faced India in 141 ODI matches where Australia won 79 matches and India had won 52 matches while 10 matches between these two teams were ended without any result.

The 1st match of this series and scheduled to be held at Sydney Cricket Ground, Sydney. Pitch here in this stadium is a batting favored and with a little bit of bounce that may help the seamers. Spinners can play a key role in this pitch. A score of near about 280 runs should be as a par.

Who Will Win Australia vs India 2nd ODI

Who Will Win Australia vs India 2nd ODI Toss-IND

Who Will Win Australia vs India 2nd ODI Match-AUS