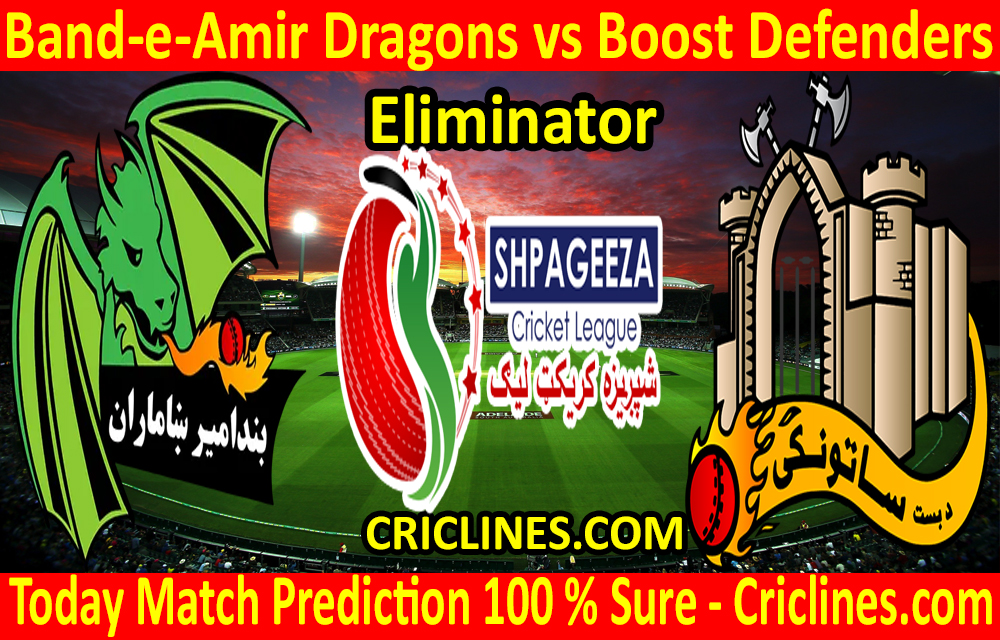 The world is ready to witness yet another big battle of Vitality T20 Blast. The Eliminator of Shpageeza Cricket League is scheduled to play between Band-e-Amir Dragons and Boost Defenders on Monday, 14th September 2020 at Kabul International Cricket Stadium, Kabul. We are posting safe, accurate, and secure today match prediction for all matches of T20 Blast free.

Band-e-Amir Dragons had performed average in this tournament. They had played a total of five matches so far with three wins to their name. They had lost two matches and are holding the 3rd position on the points table after the end of league stage matches. They were beaten by Kabul Eagles in their most recent match by the margin of two wickets. The performance of their batting order was average in that match. They could manage to score 146 in their inning of 20 overs. Their bowling unit failed to defend the target of 147 runs and was charged for the target on the last ball of their inning.

Boost Defenders is the team that had performed average in this season of the Shpageeza Cricket League. They had played a total of five matches three wins to their name. They had lost two matches and are holding the 4th position on the points table after the end of league stage matches. They won their most recent match against Amo Sharks with a handsome margin of 10 wickets. Their bowling unit performed well and leaked 122 runs in their inning of 20 overs. Their batting order had a superb performance in that match and chased the target of 123 runs in 11.3 overs without losing any wicket.

The Eliminator of Vitality T20 Blast is going to be played at Kabul International Cricket Stadium. The pitch here at this stadium is expected to be flat and much favored for batting. It has a decent amount of pace and bounces in it. We may have some high scoring matches here. The pitch may also have some help in it for the seamers.

Check out the Dream11 fantasy prediction for the Eliminator of the finals day in Shpageeza T20, between Band-e-Amir Dragons and Boost Defenders.