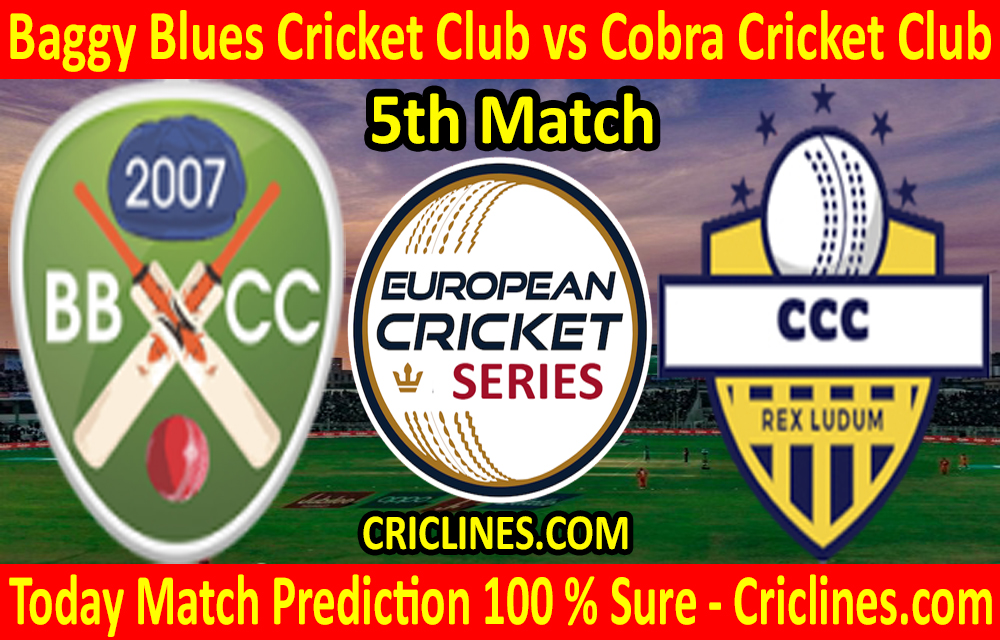 The world is ready to witness yet another big battle of T10 cricket. The 5th Match of European Cricket Hungary Series ECS T10 2020 is scheduled to play between Cobra Cricket Club and Baggy Blues Cricket Club on Sunday, 23rd of August, 2020 at GB Oval in Szodliget. ECS T10 Hungary Series. We are posting safe, accurate, and secure today match prediction for all matches of ECS free.

Baggy Blues Cricket Club had almost failed to give their best performance in this season of ECS T10 League Hungary. They had played a total of two matches and are still searching for a win. They had lost their both played matches and are laying at the bottom of the points table. They were beaten by Dunabogdany Cricket Club
in their most recent match with the margin of 13 runs. Their bowling unit performed well and leaked 82 runs in their inning of 10 overs but their batting order failed to chase the target of 83 and could manage to score 69 runs in their inning of 10 overs.

Cobra Cricket Club also had failed to give their best performance in this tournament. They had played a total of two matches and had lost both matches. They are holding the 4th position on the points table. They were beaten by Royal Tigers Cricket Club in their previous match by a handsome margin of nine wickets. The performance of their batting order was not impressive. They could manage to score 64 runs while their bowling unit leaked the target in 8.2 overs.

The toss is playing a key role in the decision of all matches of the European Cricket Series ECS T10 Hungary Series. According to our toss prediction, the team who will win the toss may choose to bat first.

The 5th Match of European Cricket Series ECS T10 Series season 2020 is scheduled to be held at GB Oval in Szodliget, Hungary. ECS T10 Hungary Series. A batting favored pitch is expected. The score near about 110 can be dificult for the chasing team.