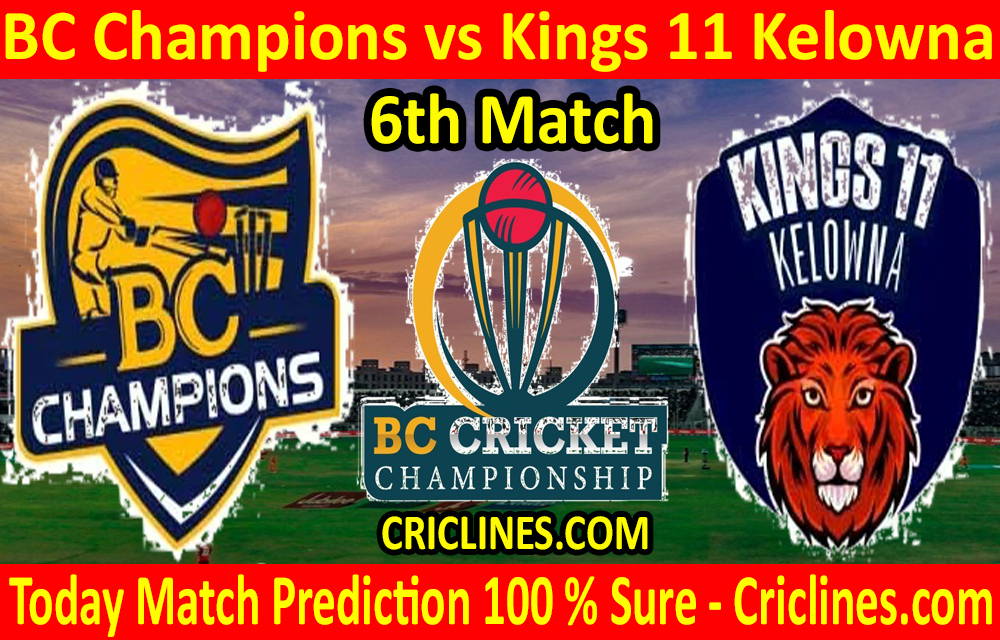 The performance of Kings 11 Kelowna had been disappointing in this BC Cricket Championship so far. They had played two matches so far and are still searching for a win. They were beaten by Victoria Waves in their most recent match with a handsome margin of 86 runs. Their bowling unit almost failed to perform well and leaked 197 runs in their 20 overs inning. The performance of their batting order was also not impressive. They could manage to score 111 runs.

BC Champions had failed to have a kick start to this tournament. They lost their very first match of this tournament against Vancouver Vibes by the margin of three wickets. The performance of their batting order was not much impressive. They could manage to score 140 runs in their inning of 20 overs. Their bowling unit failed to defend the target of 141 runs and was charged for the target in 19.3 overs.

The 6th Match of BC Cricket Championship season 2020 is scheduled to be held at Meadowbrook Park Canada. The pitch on this venue is average. It has help for the bowlers and also for the batting. A score near about 160 can be difficult for the chasing team.