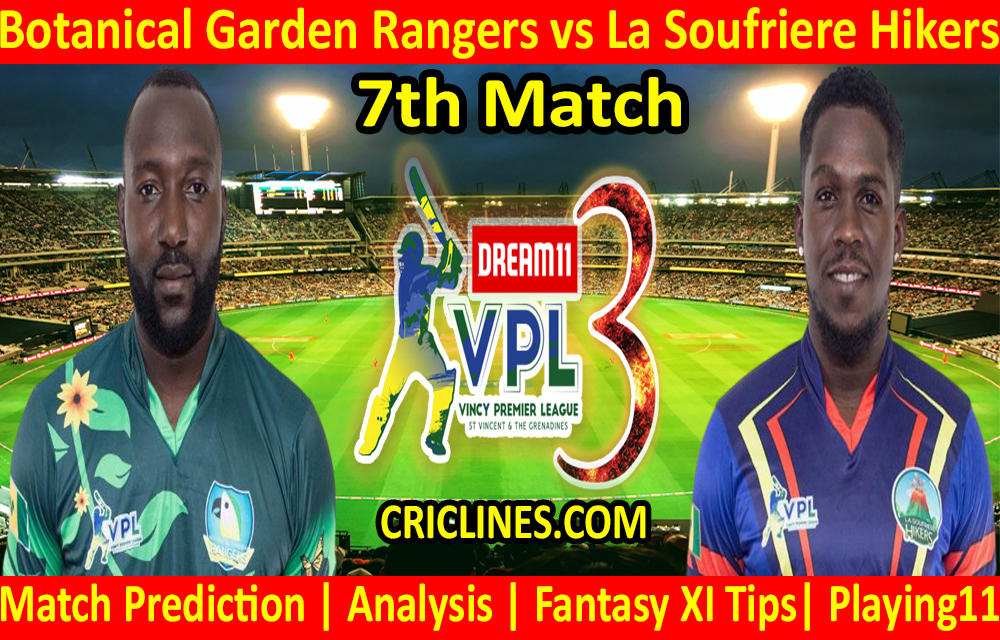 The cricket fans are ready to witness yet another big battle of T10 cricket. The 7th Match of Vincy T10 Premier League 2021 is scheduled to play between La Soufriere Hikers and Botanical Garden Rangers on Tuesday, 18th May 2021 at Arnos Vale Ground, Kingstown, St Vincent. We are posting safe, accurate, and secure today match prediction for all matches of VPL T10 League free.

Botanical Garden Rangers had failed to give the best performance in this season of the VPL T10 League and they had lost both played matches so far. They are laying at the bottom of the points table right now. They were beaten by Botanical Garden Rangers in their most recent match by the margin of 24 runs. The performance of their bowling unit was average in that match. They leaked 86 runs in their inning of 10 overs. Zemron Providence, Kimali Williams, and Donald Delpleche picked one wicket each in the previous match.

Dorson Cottle, Kesrick Williams, Winston Samuel were the bowlers who failed to pick any wicket. Botanical Garden Rangers lost the previous match due to the worst performance by their batting order. They failed to chase the target of 87 runs and could manage to score 62 runs in their inning of 10 overs. Urnel Thomas was the highest run-scorer from their side who scored 26 runs on 20 deliveries with the help of one boundary and three sixes. Jahiel Walters and Kesrick Williams scored 10 runs while Mcleon Williams failed to open the account on the scoreboard.

La Soufriere Hikers is the best performing team of this tournament so far. They had won both played matches and are leading the points table. They are coming to this match on the back of a massive win over Grenadines Divers in their previous match with a handsome margin of six wickets. The performance of their bowling unit was not impressive in that match. They leaked 99 runs in their 10 overs inning. Benniton Stapleton was the only bowler from their side who had a wicket to his name. Kamran Strough, Othniel Lewis, Javid Harry, Dillon Douglas, and Ojay Matthews failed to pick any wicket.

The 7th Match of Vincy Premier League season 2021 is scheduled to be held at Arnos Vale Ground, Kingstown, St Vincent. Fewer matches had been played here. A score near about 110 can be difficult for the chasing team.