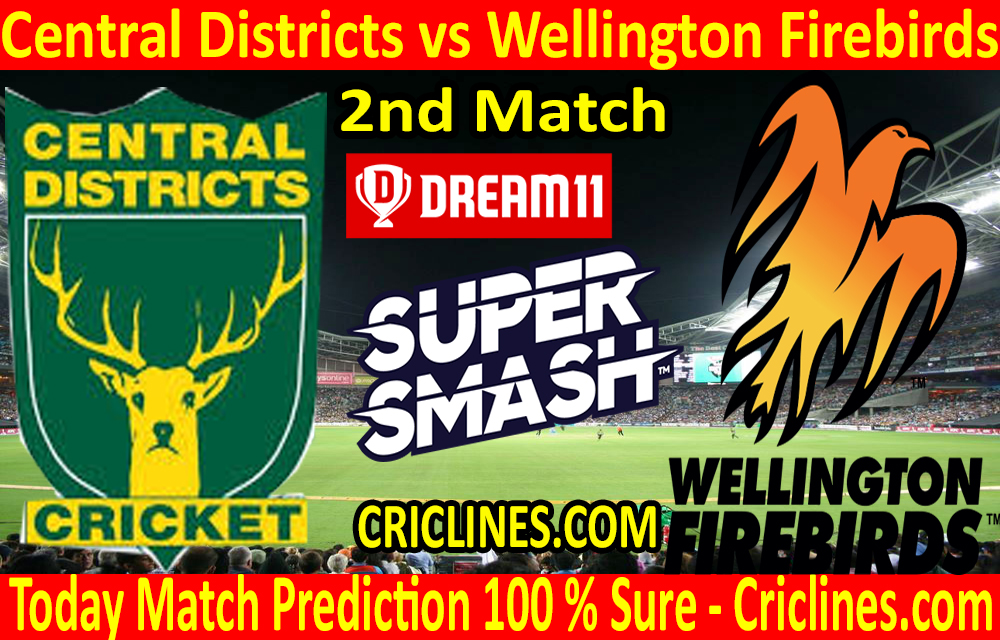 The world is ready to witness yet another big battle of T20 cricket. The 2nd Match of Super Smash League 2020-21 is scheduled to play between Wellington Firebirds and Central Districts on Sunday, 27th December 2020 at McLean Park, Napier. We are posting safe, accurate, and secure today match prediction for all matches of Super Smash League free.

The performance of Central Districts was average in the previous edition of the Super Smash League. They could manage to win just four out of 10 matches played. They lost five matches while their one match was ended with no result. They were holding the 4th position on the points table after the end of the league stage matches. The squad of this team is strong for this season as compared to the previous season of the Super Smash League.

Ross Taylor, Will Young, Adam Milne, and Ajaz Patel are part of the squad of Central Districts. Blair Tickner is also a part of this team but it is not sure that he will be playing during this match. Doug Bracewell, Tom Bruce, Christian Leopard, Seth Rance, and Ben Wheeler are the other players in this team.

Michael Snedden was the other bowler who picked one wicket while Rachin Ravindra, Logan van Beek, and the skipper, and the skipper, Michael Bracewell were the bowlers who failed to pick any wicket in the previous match. Wellington Firebirds won the previous match due to the best performance by their batting order. They chased the target of 177 runs in 19.1 overs. Finn Allen was the highest run-scorer from their side who scored 53 runs while he faced just 23 deliveries and smashed nine boundaries and one six. Troy Johnson also had an outstanding performance with the bat. He scored 50 runs on 43 deliveries with the help of two boundaries and the same huge sixes.

The 2nd Match of Super Smash League is going to be held at McLean Park, Napier. The pitch here at this venue should be good for batting as it is in most places around New Zealand. We should have a very high scoring match is we get some warm and sunny conditions. A score of more than 180 runs should be as a par.

The weather forecast for Napier for matchday is not good. There are some chances of rain but we are hoping that there will be no disturbance during this match.