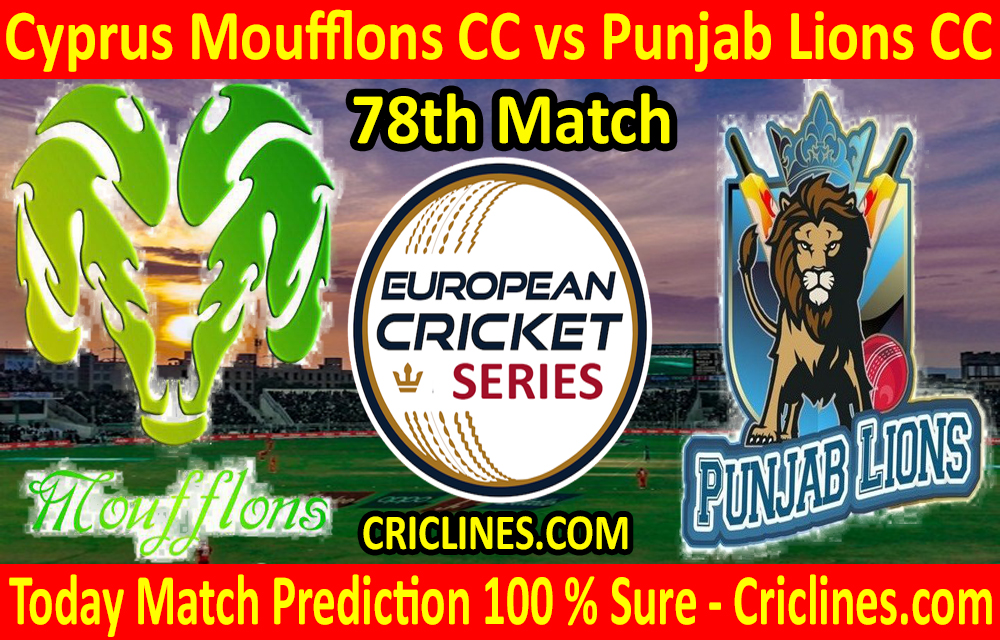 The cricket fans are ready to witness yet another big battle of T10 cricket. The 78th Match of European Cricket Series ECS Cyprus Series 2020 is scheduled to play between Punjab Lions CC and Cyprus Moufflons CC on Tuesday, 21st of July, 2020 at Ypsonas Cricket Ground, Limassol. ECS T10 Cyprus Series. We are posting safe, accurate, and secure today match prediction for all matches of ECS free.

The way how Punjab Lions Cricket Club had started their campaign in this tournament is just outstanding. They have won their all three played matches on the first day. They had beaten Nicosia Tiger Cricket Club in their very first match with the margin of 23 runs. They won their second match against Amdocs Cricket Club with a massive margin of 10 wickets and they beat Gladiators CC in their third match of the day.

Cyprus Moufflons Cricket Club also had performed well in this tournament so far. They had played a total of two matches so far with both wins to their name. They won their very first match of this season of European Cricket Series ECS T10 Cyprus Series against Limassol Gladiators CC with a massive margin of 106 runs. They beat Amdocs Cricket Club in their second match with a handsome margin of 55 runs.

The toss is playing a key role in the decision of all matches of the European Cricket Series ECS T10 Cyprus Series. According to our toss prediction, the team who will win the toss may choose to bat first.