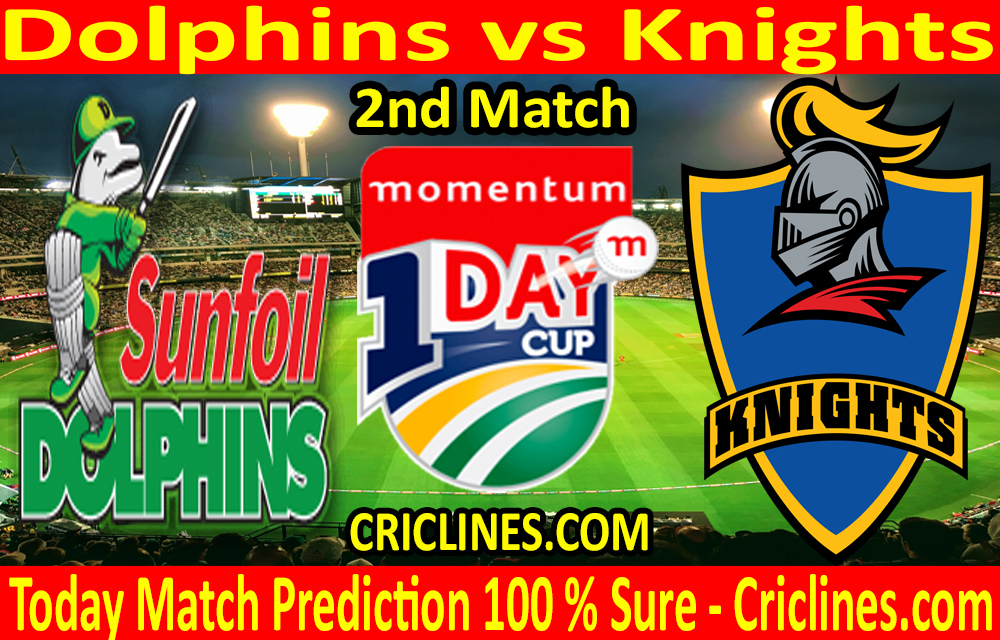 The world is ready to witness yet another big battle of ODI cricket. The 2nd Match of Momentum One Day Cup 2021 is scheduled to play between Dolphins and Knights on Sunday, 10th January 2021 at Senwes Park, Potchefstroom. We are posting safe, accurate, and secure today match prediction for all matches of Momentum One Day Cup free.

Dolphins was the best performing team of the previous edition of Momentum One Day Cup. They won seven out of 10 matches played and were leading the points table after the end of league stage matches. Some key changes had been made in the final squad of this team for this season of Momentum ODI Cup. Sarel Erwee, Khaya Zondo, Robie Frylinck, and Keshav Maharaj are the key players for this side.

The performance of Knights was not impressive in the previous edition of this tournament. They played 10 matches with just four wins to their name. They lost four matches while their two matches were ended with no result. They were holding the 4th position on the points table. Like all other teams, the management of Knights also had made some key changes in their squad for this season of Momentum One Day Cup. Grant Mokoena, Patrick Kruger, and Shaun Von Berg are the key players for this team.

The 2nd Match of Momentum One Day Cup 2021 will be played at Senwes Park, Potchefstroom. The pitch here in this stadium is good for batting and has some help in it for seamers. The players will take some time to adjust to the conditions and that could result in some bigger scores. According to the live cricket score, a total of near about 300 runs should be par.