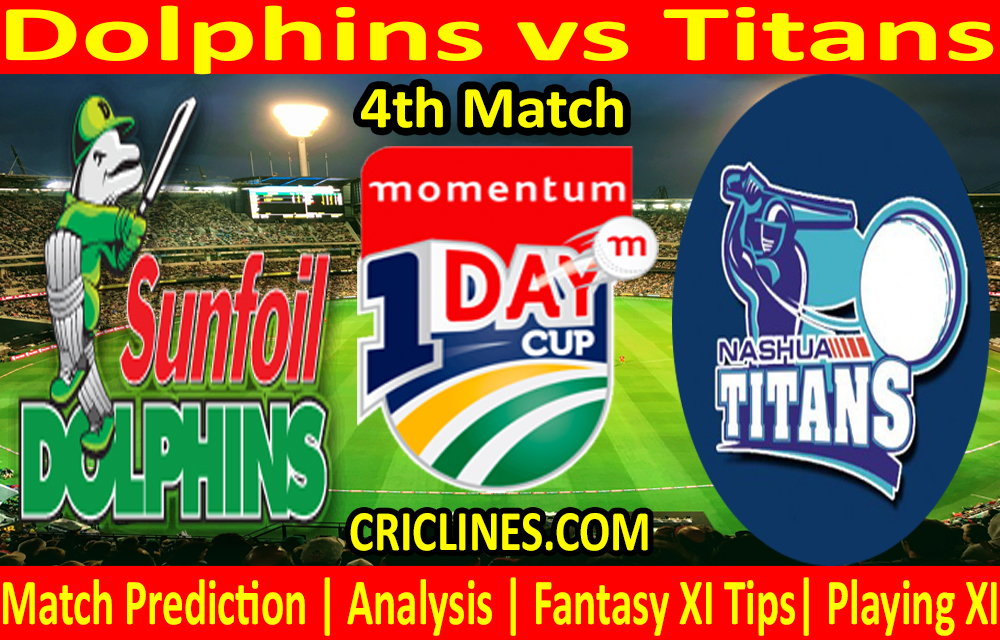 The world is ready to witness yet another big battle of ODI cricket. The 4th Match of Momentum One Day Cup 2021 is scheduled to play between Dolphins and Titans on Thursday, 14th January 2021 at Senwes Park, Potchefstroom. We are posting safe, accurate, and secure today match prediction for all matches of Momentum One Day Cup free.

Dolphins had performed well in this season of the Momentum One Day Cup. They had won their both played matches so far and are leading the points table of Pool A. They had won their most recent match against Knights by the margin of 53 runs. They won the toss and decided to bat first. The performance of their batting order was good in that match. They scored a total of 290 runs in their inning of 50 overs. Grant Roelofsen was the highest run-scorer from their side who scored 92 runs on 101 deliveries with the help of 10 boundaries and one six. David Miller scored 6 runs while R Frylinck scored 37 runs.

The bowling unit of Dolphins also performed well in the previous match. They defended the target of 291 runs and send the all team of Knights back to the pavilion on a total of 237 runs in 46.1 overs. Robbie Frylinck, Ruan de Swardt, and the skipper, Prenelan Subrayen picked two wickets each while Kerwin Mungroo, Senuran Muthusamy, Othniel Baartman picked one wicket each.

The performance of Titans had averaged in this tournament so far. They had played a total of two matches. They lost one match while their one match was ended with no result. They are holding the 3rd position on the points table. They were beaten by Dolphins in their most recent completed match by the margin of 76 runs. They won the toss and decided to field first. The performance of their bowling unit was not impressive. They leaked 272 runs in their inning of 50 overs. Thando Ntini and D Galiem picked two wickets each in the previous match.

The batting order of Titans almost failed to give their best performance in the previous match. They could not chase the target of 273 runs and could manage to score 196 runs in their inning of 50 overs. Theunis de Bruyn was the highest run-scorer from their side who scored 36 runs. Thando Ntini remained not out after scoring 32 runs.

The 4th Match of Momentum One Day Cup 2021 will be played at Senwes Park, Potchefstroom. The pitch here in this stadium is good for batting and has some help in it for seamers. The players will take some time to adjust to the conditions and that could result in some bigger scores. As per the live cricket score, a total of near about 300 runs should be par.