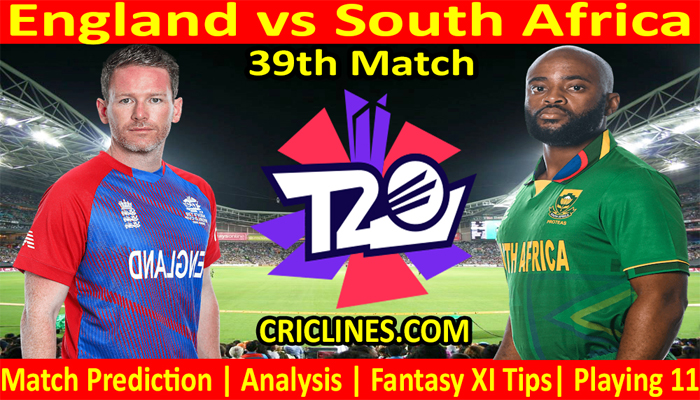 The cricket fans are ready to witness yet another big battle of World Cup T20. The 39th Match of World Cup T20 2021 is scheduled to play between England and South Africa on Saturday, 6th November 2021 at Sharjah Cricket Stadium, Sharjah. We are posting safe, accurate, and secure today match prediction of ICC T20 World Cup free.

England had been an unstoppable team in this edition of the ICC T20 World Cup. They had won all four matches played so far and had entered the semi-finals. South Africa had won three out of four matches played and are holding the 3rd position on the points table of group 1. This is like a final match for South Africa and had to win this match to go to the semi-finals.

England is coming to this match on the back of a massive win over Sri Lanka in their most recent match with a margin of 26 runs. The performance of their batting order was good. They scored 163 runs in their inning of 20 overs. Jos Buttler was the most successful and highest run-scorer from their side who scored his maiden T20 century. He faced 67 balls and smashed six boundaries and the same huge sixes during his inning. The skipper, Eoin Morgan also performed well with the bat in the previous match. He scored 40 runs with the help of one boundary and three huge sixes.

Like the batting, the bowling unit of England also performed well in the previous match. They defend the target of 165 runs and leaked 134 runs. They sent all teams of Sri Lanka back to the pavilion on a total of 137 runs in 19 overs. Moeen Ali was the most successful bowler from their side who picked two wickets in his three overs bowled out against 15 runs. Adil Rashid and Chris Jordan picked two wickets each while Chris Woakes and Liam Livingstone picked one wicket each.

South Africa had won their most recent match against Bangladesh in their previous match with a margin of six wickets. The way how their bowling unit performed in that match was just outstanding. They leaked just 84 runs and sent all teams of Bangladesh back to the pavilion in 18.2 overs. Anrich Nortje was the most successful bowler from their side who picked three wickets in his 3.2 overs bowled out against just 8 runs. Kagiso Rabada also performed well with the ball and picked three wickets in his four overs bowled out against 20 runs.

Tabraiz Shamsi picked two wickets in his four overs bowled out while he leaked 21 runs while Dwaine Pretorius had one wicket to his name. The batting order of South Africa also performed well and chased the target of 85 runs in 13.3 overs. Temba Bavuma was the most successful and highest run-scorer from their side who remained not out after scoring 31 runs on 28 balls with the help of three boundaries and one huge six. Rassie van der Dussen scored 22 runs while Quinton de Kock could manage to score 16 runs.

Jos Buttler, Kagiso Rabada, and Anrich Nortje are the key players to watch in this match.

England is full of experienced and young players of the t20 format. The batting order of this team is also strong and some well-known hitter of the t20 format is part of the squad of this team, so the winning chances of today’s match for England have been increased. The equation of who will win today’s cricket match prediction and who will win the cricket match today is mentioned as under.

The 39th Match of World Cup T20 2021 is going to be held at Sharjah Cricket Stadium, Sharjah. We had observed in the previous matches played here that the pitch here at this venue is good for batting. The track is slower than the others we have seen and helps the spinners quite a bit. We are hoping that the surface is bound to get slower and be a bit more difficult for batting in this match. A score of 170 is going to be tough to chase.

Who Will Win England vs South Africa, 39th Match WTC 21 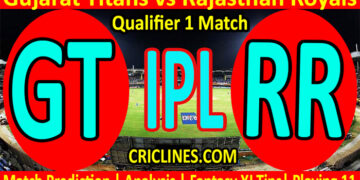