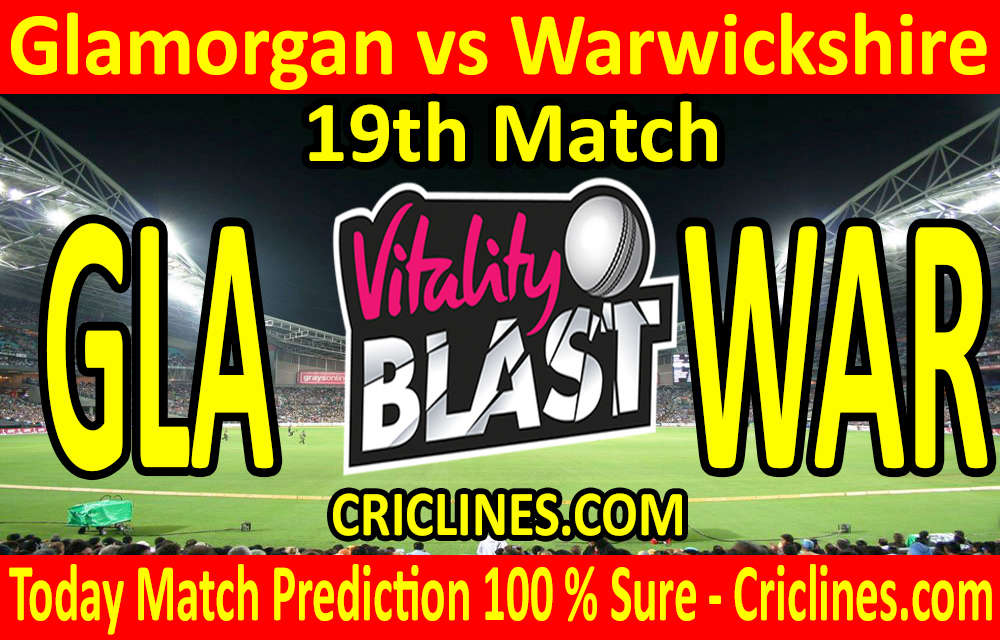 The cricket fans are ready to witness yet another big battle of Vitality T20 Blast. The 19th Match of Vitality T20 Blast 2020 is scheduled to play between Glamorgan and Warwickshire on Sunday, 30th August 2020 at Sophia Gardens, Cardiff, Leeds. We are posting safe, accurate, and secure today match prediction for all matches of T20 Blast free.

Glamorgan had a good start to this season of the T20 Blast. Their very first match was ended with no result but they won the second match against Gloucestershire with a margin of 15 runs. They lost the toss and were asked to bat first. The performance of their batting order was not impressive. They could manage to score 150 runs in their inning of 20 overs but their bowling unit performed well and defended the target of 151 runs and leaked 135 runs in their inning of 20 overs. Andrew Salter was the bowler who had an outstanding performance in that match. He picked four wickets and played a key role in the win of the team.

The first match of Warwickshire also was also ended without any result. The performance of this team was not impressive in the previous season of T20 Blast. They played a total of 14 matches at the league stage with just four wins to their name. They lost seven matches while their one match was tied and two matches were ended with no result. They were laying at the second position from the bottom of the points table of the North Group.

The 19th Match of Vitality T20 Blast is going to be played at Sophia Gardens, Cardiff. The pitch here at this stadium is expected to be flat and much favored for batting. It has a decent amount of pace and bounces in it. We may have some high scoring matches here. The pitch may also have some help in it for the seamers.

Check out the Dream11 fantasy prediction for the 19th Match of the finals day in Vitality T20 Blast, between Glamorgan and Warwickshire.