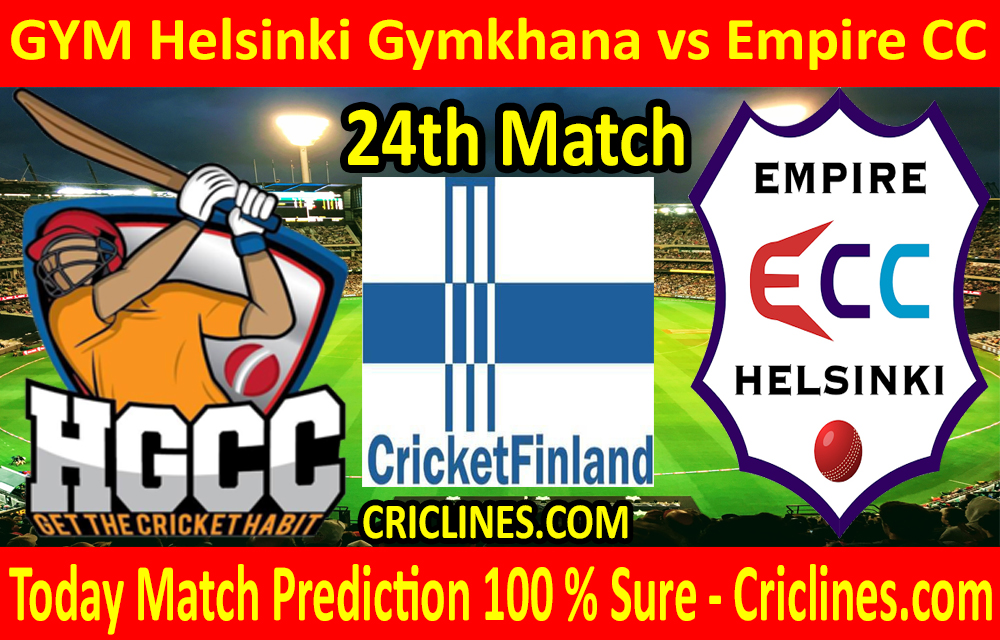 The world is ready to witness yet another big battle of T20 cricket. The 24th Match of Finnish Premier League 2020 is scheduled to play between Empire CC and GYM Helsinki Gymkhana on Wednesday, 1st July 2020 at Kerava National Cricket Ground, Kerava, Finland. We are posting safe, accurate, and secure today match prediction for all matches of FPL free.

Empire Cricket Club is the second-best performing team of this tournament. They had won their all four matches played so far and are unbeaten team of this season of FPL T20 right now. They are holding the second position on the points table with eight points and a good run rate.

Jonathan Scamans and Vanraaj Padhaal had performed well in all previous matches and they are in excellent form. Shoaib Qureshi and Amjad Sher also had scored some run in this tournament. Abdul Ghafar, Raaz Mohammad, Mahesh Tambe, and Amjad Sher are leading the bowling unit of this team in an excellent way.

The performance of GYM Helsinki Gymkhana had been average in this season of FPL T20 so far. They had played a total of five matches with three wins to their name. They had lost two matches and are situated in the third position on the points table of FPL T20.

Said ur Rehman, Ali Masood, and Brar Simranjeet are their batsmen who are scoring proper runs. Pankaj Saharan and Arslan Gondal are also performing well with the bat in this tournament. Muhammad Ghawas, Faisal Shahzad, Javed Jan Abdul Latif, Atti ur Rehman, and Pankaj Saharan are leading their bowling unit.

GYM Helsinki Gymkhana is a strong team of this tournament. Their bowling and batting unit looks good at least on paper, so the winning chances of today match for Empire CC have been increased. The equation of winning chances of both teams for today’s match is mentioned as under.

The 24th Match of Finnish Premier League season 2020 is scheduled to be held at Kerava National Cricket Ground, Kerava, Finland. The pitch on this venue is average. It has help for the bowlers and also for the batting. A score near about 160 can be difficult for the chasing team.