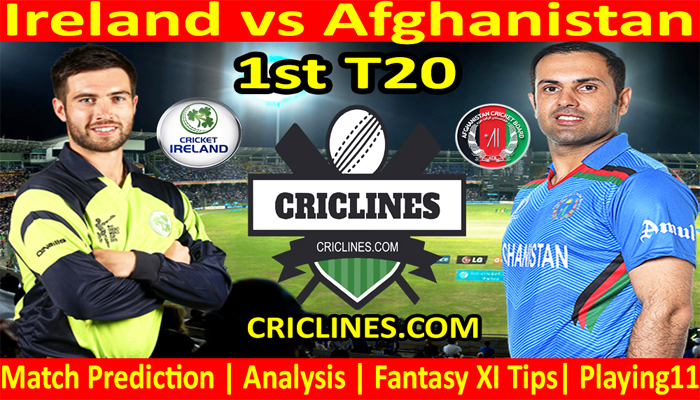 Ireland had proved a strong team in the recent matches they had played. They had played a home series of two matches against New Zealand and now are going to face Afghanistan in the series of five T20 matches. The Irish team had been busy in recent times. Afghanistan had not played many T20 matches this year but most players had been busy in the domestic T20 league and different other leagues. This series is very important for both teams as this series of going to be held right before the T20 World Cup.

Ireland had played the recent T20 series against South Africa and India where they gave a tough time to the strong opposition many matches were very close but Ireland was on the losing side. We are sure that they will give us a tough time in Afghanistan which had not played many T20 International matches. The batting order of Ireland is strong at least on papers which are led by Andrew Balbirnie, Paul Stirling, and Harry Tector. Andrew Balbirnie had been good in the recent matches he had played and we are sure that he will play the main role for the Irish team in this home series against Afghanistan.

Harry Tector had also improved his batting skills in recent times. We know that Ireland doesn’t have depth in the batting order the top order needs to give the best performance at any cost against the strong spin bowling unit of Afghanistan. The bowling department of Ireland was good against India and South Africa and we are also sure that they will perform well against Afghanistan. Joshua Little, Craig Young, and Mark Adair are the leading bowlers of Ireland while Andy McBrine is the spin bowler on the squad of the Irish team.

Rahmanullah Gurbaz is also in good form and we are sure that he will continue his good form in this series of five matches against Ireland. Rashid Khan is the leading bowler of Afghanistan and it is not easy for any best batter to score runs against him. Najibullah Zadran is also part of the squad of this team. Mohammad Nabi is an additional sin-bowler in the squad of Afghanistan and we know that he can also bat well in the middle and lower batting order.

Ireland had played a total of 129 T20 matches where they won 53 while opposing teams had won 68 matches. Their 7 matches were ended with no result and one match was tied.

Afghanistan had played 94 T20 matches so far. They had won 64 matches and had lost 30 matches.

Afghanistan had played 18 T20 matches against Ireland where they had won 14 matches while Ireland had won just four matches.

Who Will Win Ireland vs Afghanistan Tri-Series 2019-1st T20

Dream11 Prediction for Ireland vs Afghanistan-Ireland Tri-Series 2019-1st T20. After checking the latest players’ availability, which players will be part of both teams, the possible tactics that the two teams might use as we had learned from previous matches of this tournament to make the best possible Dream11 team.