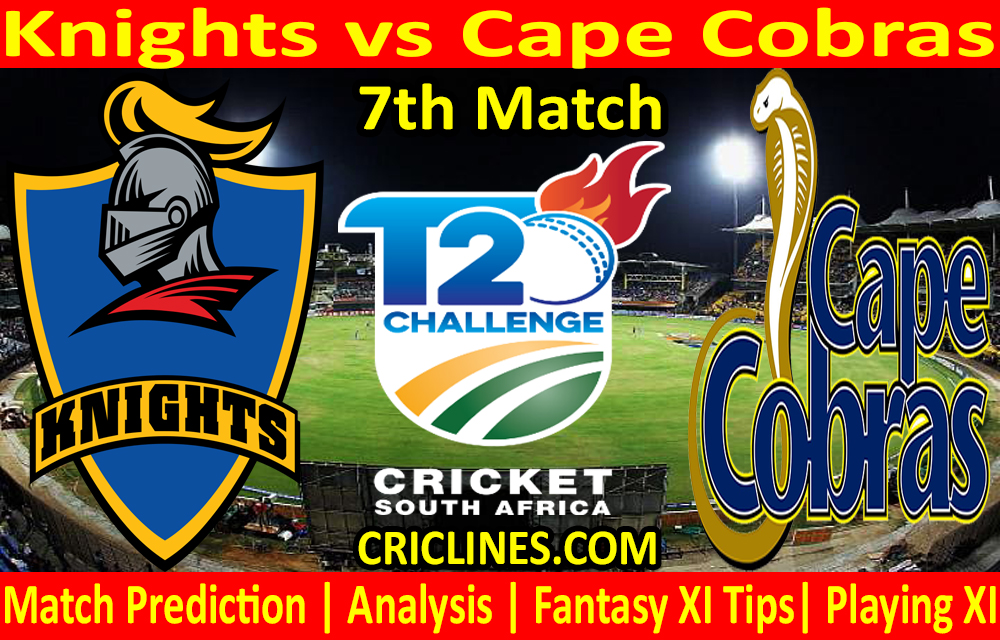 Knights had almost failed to give the best performance in this season of the CSA T20 Challenge. They had lost both played matches and are laying at the bottom of the points table right now. They were beaten by Dolphins in their previous match by the margin of four wickets. They won the toss and decided to bat first. The performance of their batting order was not much impressive. They could manage to score 144 runs in their inning of 20 overs. The skipper, Pite van Biljon was the only successful batsman from their side who remained not out after scoring 72 runs. He faced 54 deliveries and smashed three boundaries and four sixes.

Migael Pretorius also performed well with the bat in the previous match. He scored 38 runs on 23 deliveries with the help of one boundary and two sixes. The bowling department of the Knights also failed to perform well. They failed to defend the target of 145 runs and leaked this target in 18.1 overs. Alfred Mothoa picked two wickets in his four overs bowled out against 37 runs. Frisco Adams also picked two wickets in three overs bowled out against 26 runs. Migael Pretorius and Shaun von Berg picked one wicket each in the previous match.

Cape Cobras failed to have a kick start to this edition of the CSA T20 Challenge. They had lost the opening match of this tournament against Dolphins by the margin of runs. They lost the toss and were asked to field first. The performance of their bowling unit was impressive in that match. They leaked 155 runs in their inning of 20 overs. Siyabonga Mahima was the most successful and highest wicket-taker from their side who picked four wickets in his three overs bowled out against just 18 runs. Corbin Bosch and George Linde pocked one wicket each.

The batting order of Cape Cobras almost failed to give their best performance in the previous match. They failed to chase the target of 156 runs and could manage to score 141 runs in their inning of 20 overs. Christiaan Jonker was the most successful and highest run-scorer from their side who remained not out after scoring 41 runs. He faced 25 deliveries and smashed four boundaries and two sixes. The skipper, Tony de Zorzi also had an outstanding performance with the bat. He scored 39 runs while he faced 36 deliveries and smashed five boundaries and one six. Kyle Verreynne had 29 runs to his name.

The 7th Match of CSA T20 Challange 2021 will be played at Kingsmead, Durban. The pitch here in this stadium is good for batting and has some help in it for seamers. The players will take some time to adjust to the conditions and that could result in some bigger scores. According to the live cricket score, we could see a 200 plus total being scored in this match.