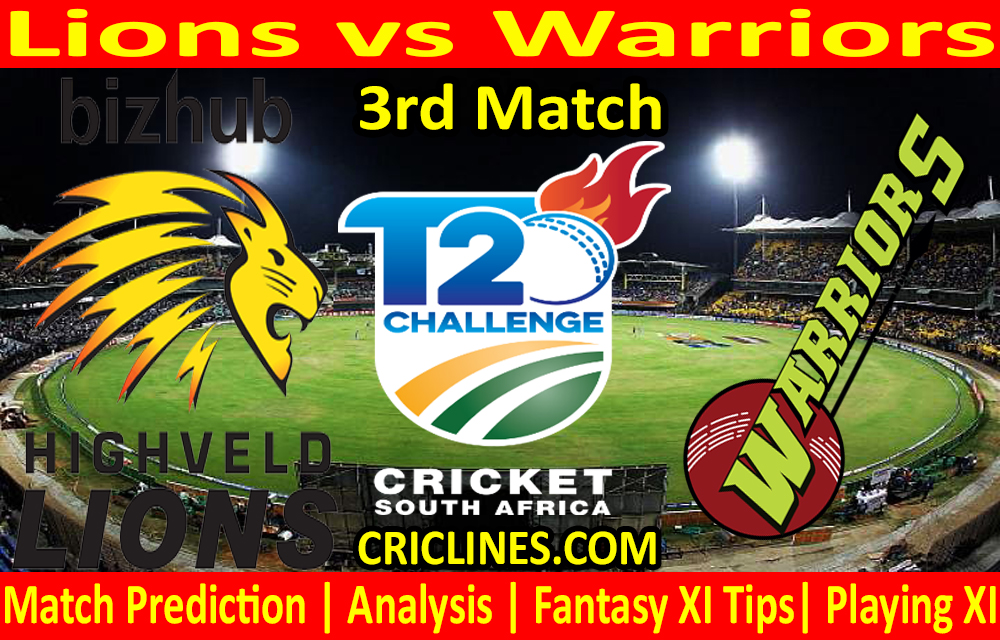 Lions won the previous title of the CSA T20 Challenge. They were the top-performing team of the previous season till the league stage matches. They won five out of ten matches played at the league stage. They lost just two matches while their three matches were ended with no result. They were leading the points table after the end of the league stage matches. They beat Dolphins in 1st semi-final matches and made their way to the final where they beat Warriors in the final with the margin of 11 runs. The squad of the Lions is very strong as compared to the other teams for this season of the CSA T20 Challenge. Temba Bavuma is going to lead the Lions in this tournament.

Warriors were the runner-up team of the most recent edition of the CSA T20 Challenge. They won four out of ten matches played at the league stage. They lost two matches while their four matches were ended with no result. They were holding the 2nd position on the points table after the end of the league stage matches. They beat Cape Cobras in the second semi-final match but were beaten by the Lions in the final. Sinethemba Qeshile is going to lead the Lions during this season of the CSA T20 Challenge. This team is filled with a lot of experienced all-rounders.

Like the other teams of this tournament, the batting order of the Warriors is not much stronger at least on papers. JJ Smuts is a well-known all-rounder who is part of the squad of this team. Gihahn Cloete, Marco Marais, and Sinethemba Qeshile have to play a role for this team. Warriors are also poor in the department of fast bowling. Anrich Nortje is the only bowler who had to take responsibility for the fast bowling department.

The 3rd Match of CSA T20 Challange 2021 will be played at Kingsmead, Durban. The pitch here in this stadium is good for batting and has some help in it for seamers. The players will take some time to adjust to the conditions and that could result in some bigger scores. As per the live cricket score, we could see a 200 plus total being scored in this match.

Dream11 Prediction for Lions vs Warriors 3rd Match of CSA T20 Challenge. After checking the latest player’s availability, the Dream 11 Team for this match of Lions vs Warriors, is mentioned under.