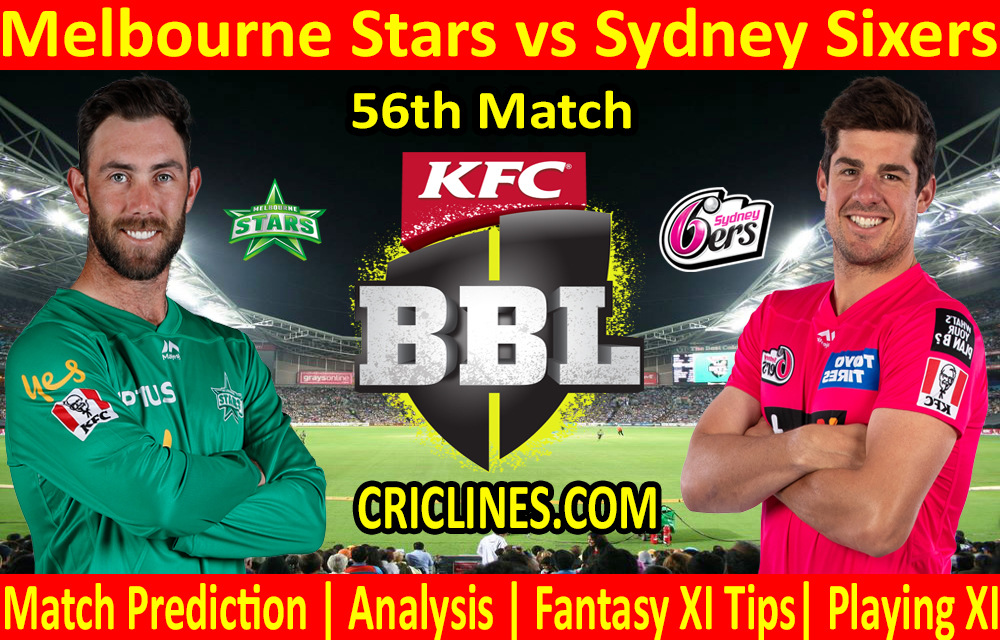 The world is ready to witness yet another big battle of BBL T20. The 56th Match of Big Bash League 2020-21 is scheduled to play between Melbourne Stars and Sydney Sixers on Tuesday, 26th January 2021 at Melbourne Cricket Ground, Melbourne. We are posting safe, accurate, and secure today match prediction for all matches of BBL free.

Melbourne Stars is the team that had almost failed to give their best performance in this season of the BBL T20. They are the second-worst performing team of this tournament right now. They had won just five out of 13 matches played so far. They had lost seven matches while their one match was ended without any result. They are laying at the second position from the bottom of the points table. They were beaten by the Perth Scorchers in their most recent match by the margin of 11 runs. They won the toss and decided to field first. Their bowling unit failed to perform well in that match. They leaked 182 runs in their inning of 20 overs. Zahir Khan, Adam Zampa, Coulter-Nile, and Marcus Stoinis picked one wicket each in the most recent match.

The batting order of Melbourne Stars performed well in the previous match but they failed to chase the target of 183 runs and could manage to score 171 runs in their inning of 20 overs. Nick Larkin was the most successful and highest run-scorer from their side who scored 70 runs. He faced 44 deliveries and smashed nine boundaries and one six. Hilton Cartwright also performed well with the bat in the previous match. He scored 23 runs on 13 deliveries and remained not out till the end of the inning. Nic Maddinson and Seb Gotch scored 18 runs each while Marcus Stoinis could manage to score 14 runs.

Sydney Sixers is the second-best performing team of this season of the Big Bash League right now. They had played a total of 13 matches with eight wins to their name. They had lost five matches and are holding the 2nd position on the points table. They were beaten by Hobart Hurricanes in their most recent match by the margin of seven runs. They won the toss and decided to field first. Their bowling unit almost failed to give their best performance in that match. They leaked 188 runs in their inning of 20 overs. Sean Abbott, Ben Dwarshuis, and Jake Ball picked two wickets each while Daniel Christian had one wicket to his name.

The performance of the batting order of Sydney Sixers was good in the previous match but they failed to chase the target of 189 runs and could manage to score 181 runs in their inning of 20 overs. Jordan Silk was the most successful and highest run-scorer from their side who scored 78 runs. He faced 49 deliveries and smashed eight boundaries and two sixes. The skipper, Moises Henriques also had an outstanding performance with the bat in the previous match. He scored 43 runs on 25 deliveries and smashed one boundary and four sixes.

Head to Head Record Between Melbourne Stars and Sydney Sixers

The 56th Match of Big Bash League 2020-21 is going to be held at Melbourne Cricket Ground, Melbourne. We had observed in the previous matches played here that the pitch here at this venue is good for batting. The track is slower than the others we have seen and helps the spinners quite a bit. We are hoping that the surface is bound to get slower and be a bit more difficult for batting in this match. According to the live cricket score, a total of 185 is going to be tough to chase. 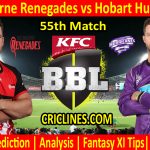 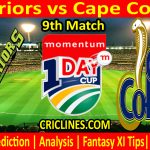