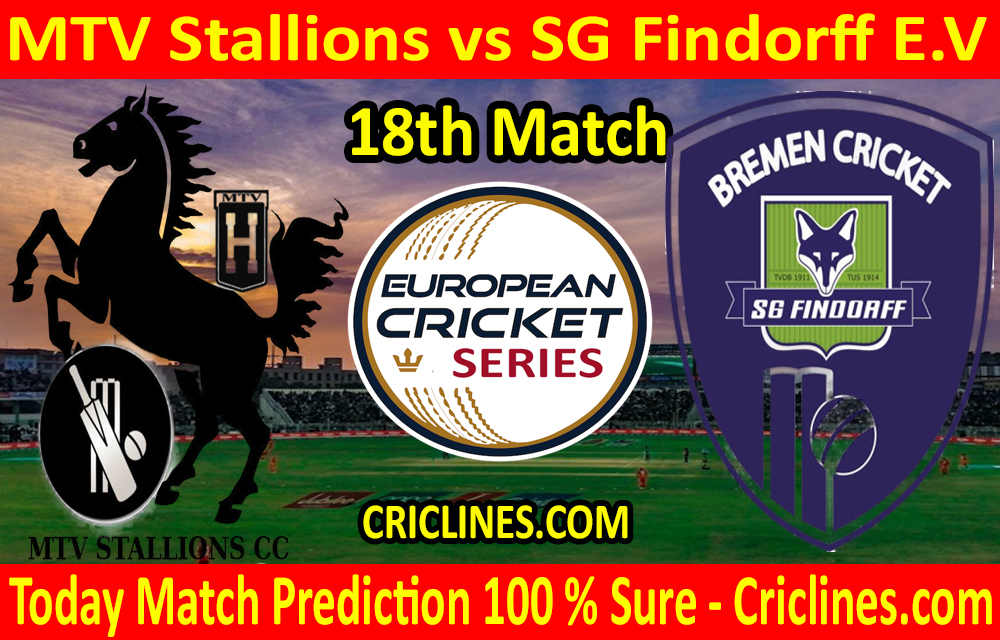 The world is ready to witness yet another big battle of T10 cricket. The 18th Match of European Cricket Series ECS Kummerfeld Series 2020 is scheduled to play between SG Findorff E.V and MTV Stallions on Friday, 3rd of July, 2020 at Marsta Cricket Club, ECS T10 Kummerfeld Series. We are posting safe, accurate, and secure today match prediction for all matches of ECS free.

The performance of SG Findorff E.V. had been good in this season of ECS T10 League. They are the second-best performing team of this tournament. They had played a total of five matches so far with three wins to their name. They had lost one match while their one match was ended with no result. They are holding the second position on the points table with seven points and an impressive run rate among all other teams.

MTV Stallions had performed average in this tournament. Like other teams, they also had played a total of five matches with three wins to their name. They had lost two matches and are situated in the third position on the points table. This match is a must-win for this team to move forward to the next level of this tournament.