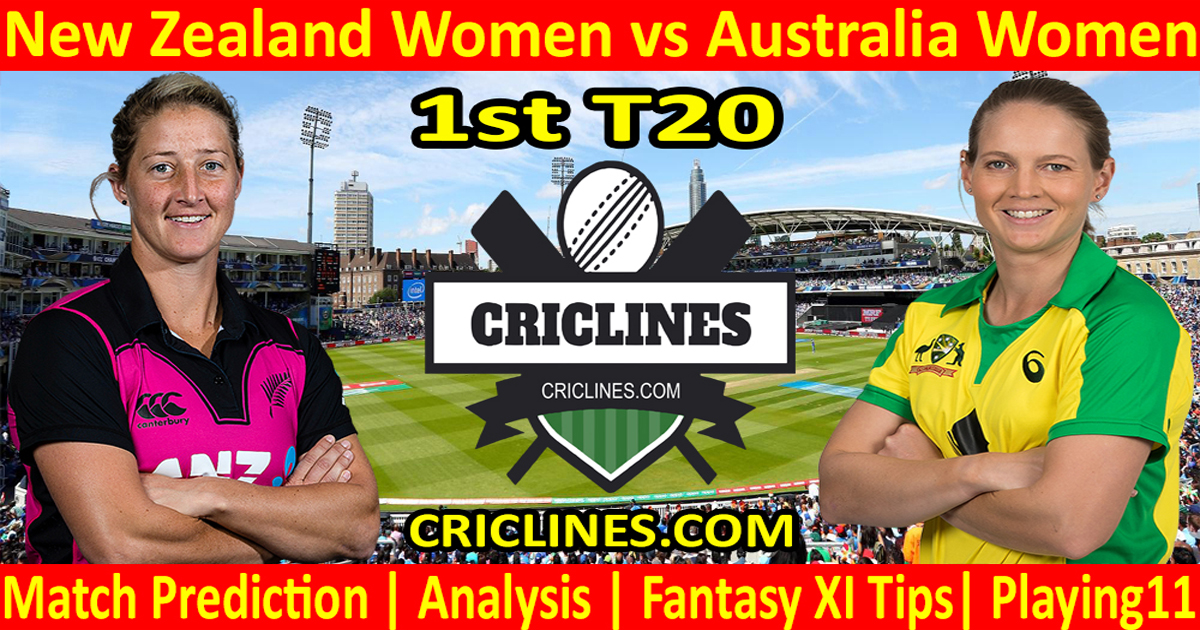 The cricket fans are ready to witness yet another big battle of Women T20 cricket. The 1st T20 match of Australia Women tour of Australia, 2021 is scheduled to be held on Tuesday, 30th March 2021 at Seddon Park, Hamilton. We are providing 100 safe, perfect, and accurate today match prediction for all matches of New Zealand Women and Australia Women.

New Zealand Women failed to have a good start to this home series of three t20 matches against Australia Women and lost the first match by the margin of six wickets. They lost the toss and were asked to bat first. The performance of their batting order was not much impressive in that match. They could manage to score 130 runs in their inning of 20 overs. Satterthwaite was the highest run-scorer from their side who scored 40 runs on 31 deliveries with the help of five boundaries and one six. Amelia Kerr scored 20 runs while the skipper, S Devine could manage to score just 17 runs.

The bowling department of New Zealand Women also failed to give the best performance in the first match and leaked the target of 131 runs in just 18 overs. Jess Kerr was the most successful bowler from their side who picked two wickets in her four overs bowled out while she was charged for 17 runs. Frances Mackay and Amelia Kerr picked one wicket each while Rosemary Mair, the skipper, Sophie Devine, and Hayley Jensen were the bowlers who failed to pick any wicket in the previous match.

Australia Women had started their campaign for this tour of New Zealand in an outstanding way. They had won the opening t20 match against New Zealand Women with a handsome margin of six-wicket. After losing the toss, they elected to field first. The performance of their bowling unit was outstanding. They leaked 130 runs in their inning of 20 overs. Jonassen was the most successful and highest wicket-taker from their side who picked three wickets in her four overs bowled while she was charged for 26 runs. Schutt, Nicola Carey, and Wareham picked one wicket each while Vlaeminck and Gardner were the bowlers who failed to pick any wicket.

Like the bowling, the batting order of Australia Women also performed well in the first match. They chased the target of 131 runs in just 18 overs. Ashleigh Gardner was the most successful and highest run-scorer from their side who remained not out after scoring 73 runs. She faced 48 balls and smashed six boundaries and three huge sixes. The skipper, Meg Lanning also had an outstanding performance with the bat. She scored 28 runs while Ellyse Perry remained not out after scoring 23 runs.

The 1st T20 match between New Zealand Women and Australian Women is going to be played at Seddon Park, Hamilton. The pitch at this stadium is excellent for batting. The boundaries at this venue are short and will bring the spinners into play. The pitch will continue to be good for batting throughout the match. As per the live cricket score, a total of 170 runs should be a par score on this pitch.

The weather forecast in Hamilton on match day is not very good. There are some chances of rain but and that is possible that we may have an interrupted match.