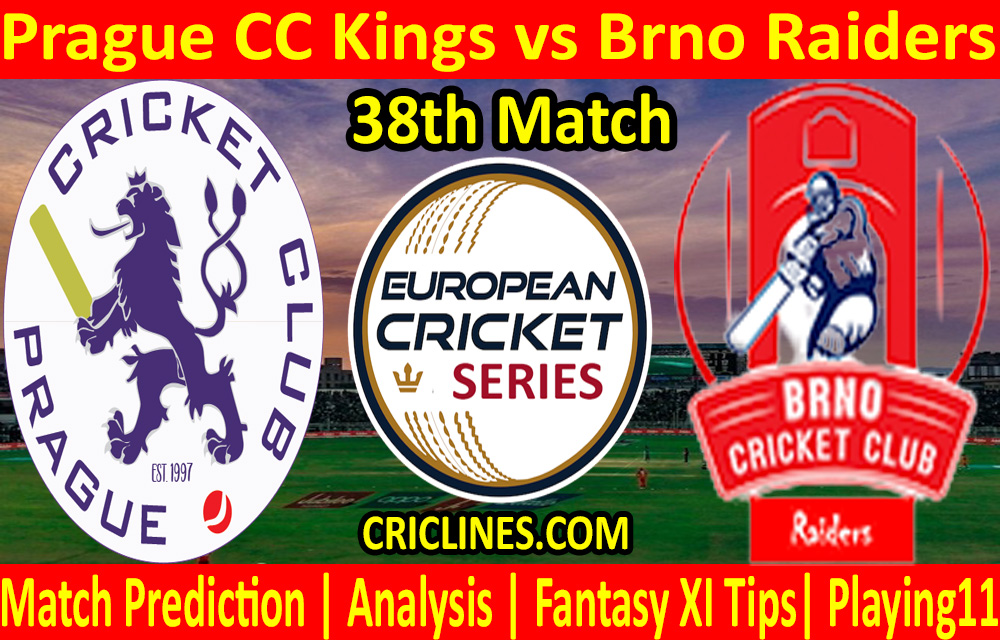 The cricket fans are ready to witness yet another big battle of T10 cricket. The 38th Match of ECS T10 Prague League 2021 is scheduled to play between Brno Raiders and Prague CC Kings on Thursday, 13th May 2021 at Vinor Cricket Ground, Prague, Czech Republic. We are posting safe, accurate, and secure today match prediction for all matches of ECS T10 Prague League free.

Brno Raiders is the worst performing team of group A of ECS T10 Prague right now. They had won just one out of six matches played so far. They had lost five matches and are laying at the bottom of the points table. The batting order of this team had struggled throughout the tournament and none of their batsmen had scored a hundred runs overall.

The performance of Prague CC Kings had been outstanding in this tournament so far. They had won six out of seven matches played so far. They had lost just one match and are leading the points table of group A. They had beaten Brno Raiders in their most recent match with a handsome margin of 84 runs. The way how the batting order of Prague CC Kings performed in that match was just outstanding. They scored a total of 168 runs in their inning of 10 overs. Sudesh Wickramasekara was the highest run-scorer from their side who scored 82 runs on just 29 deliveries with the help of five boundaries and eight sixes.

Sharan Ramakrishnan Sundareswaran also had an outstanding performance with the bat. He scored 38 runs. The bowling department of Prague CC Kings also performed well and defended the target of 169 runs. They leaked 84 runs in their inning of 10 overs. Samit Patel was the most successful and highest wicket-taker from their side who picked three wickets in his two overs bowled out against just 24 runs. Keyur Mehta picked one wicket in the previous match.

The 38th Match of Vincy Premier League season 2020 is scheduled to be held at Vinor Cricket Ground Prague, Czech Republic. The pitch on this venue is bowling favored. A score near about 130 can be difficult for the chasing team. The average score on this pitch is 90 runs in 10 overs.