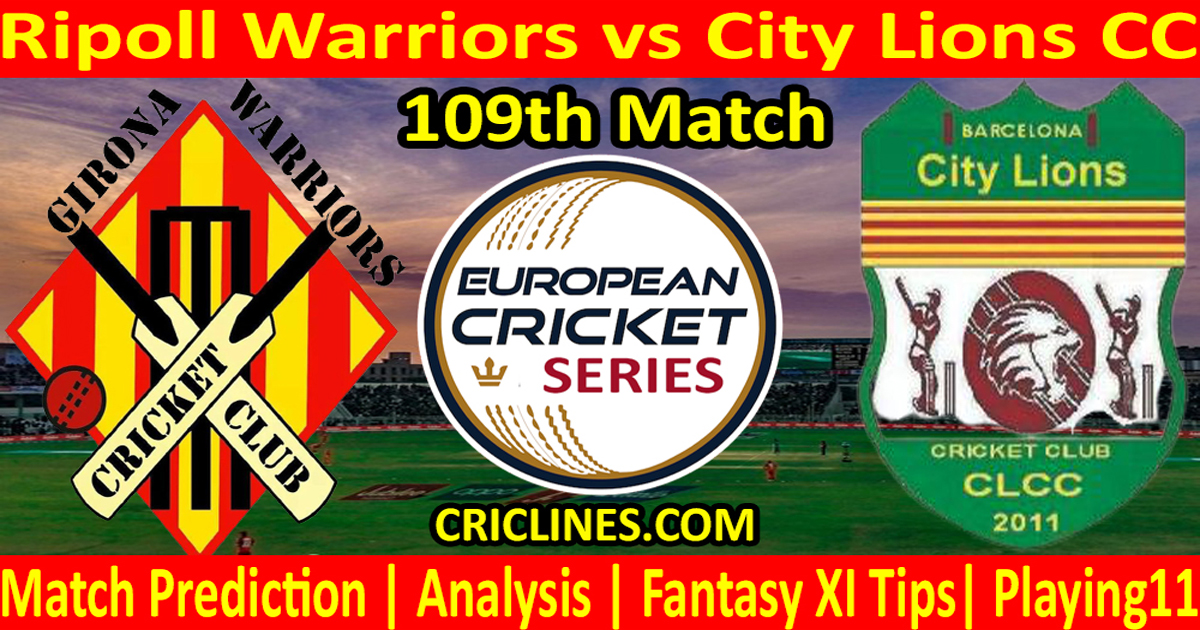 The world is ready to witness yet another big battle of T10 cricket. The 109th Match of European Cricket Barcelona Series ECS T10 2020 is scheduled to play between City Lions CC and Ripoll Warriors on Tuesday, 9th of March, 2021 at Montjuïc Olympic Ground, Barcelona. ECS T10 Barcelona Series. We are posting safe, accurate, and secure today match prediction for all matches of ECS free.

Ripoll Warriors had performed well in this season of the ECS T10 League so far. They had played nine matches with five wins to their name. They had lost three matches while their one match was ended with no result. They are holding the 2nd position on the points table of group B. They were beaten by Pak I Care in their most recent match by the margin of just 11 runs. Their bowling unit had an average performance in the previous match. They leaked 112 runs in their 10 overs inning. The performance of their batting order was not much impressive. They could manage to score 101 runs in their inning of 10 overs on a batting favored potch.

City Lions CC had performed well in this season of the ECS T10 Barcelona. They had won four out of nine matches played so far. They had lost three matches while their one match was ended with no result. They are holding the 3rd position on the points table of Group B. They had won their most recent match against Hira CC Sabadell with a handsome margin of seven wickets. Their bowling department almost failed to give the best performance in that match. They leaked Hira 133 runs in their inning of 10 overs. They won the previous match due to the best performance by their batting order. They chased the target of 134 runs in 7.2 overs with seven wickets in hand.

The 109th Match of European Cricket Series ECS T10 Series season 2020 is scheduled to be held at
Montjuic Ground, Barcelona. ECS T10 Barcelona Series. A batting favored pitch is expected. As per the live cricket score, a near about 110 can be dificult for the chasing team.