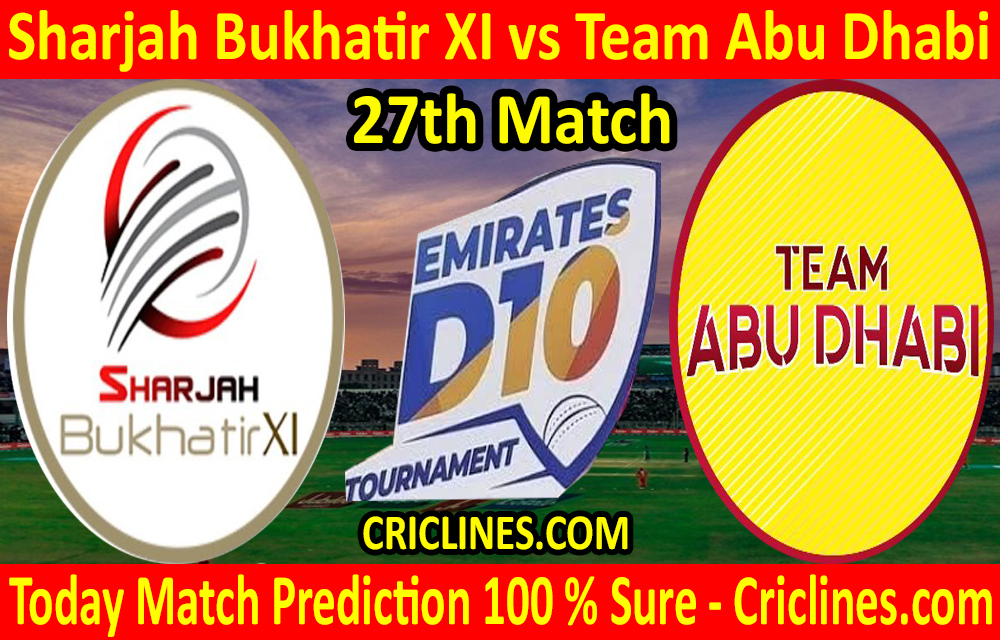 The world is ready to witness yet another big battle of T10 cricket. The 27th Match of D10 League UAE T10 League is scheduled to play between Team Abu Dhabi and Sharjah Bukhatir XI on Wednesday, 5th of August, 2020 at ICC Academy Ground, UAE. The D10 League Emirates. We are posting safe, accurate, and secure today match prediction for all matches of D10 League free.

Team Abu Dhabi is the team that had almost failed to give their best performance in this season of D10 Emirates Leauge. They are the worst-performing team of this tournament right now. They had played a total of eight matches with just two wins to their name. They had lost six matches and are laying at the bottom of the points table. They were beaten by Fujairah Pacific Ventures in their most recent match played by the margin of 21 runs. Their bowling unit almost failed to give their best performance in that match. They leaked 139 runs in their inning of 10 overs. Their batting order performed well but failed to chase the target of 140 runs. They could manage to score 118 runs in their 10 overs inning.

Sharjah Bukhatir XI is the best performing team of this tournament so far. They had played nine matches so far with eight wins to their name. They had lost just one match and are leading the points table of this season of Emirates D10 League with 16 points and an impressive run rate among all other teams. They won their most recent match against Dubai Pulse Secure with a margin of 15 runs. Their batting order performed well and put a total of 126 runs. Their bowling unit failed to give their best performance but they defended the target of 127 runs. They leaked 111 runs in their inning of 10 overs.

The 27th Match of D10 League Emirates season 2020 is scheduled to be held at ICC Academy Ground. A batting favored pitch is expected. The score near about 110 can be difficult for the chasing team.