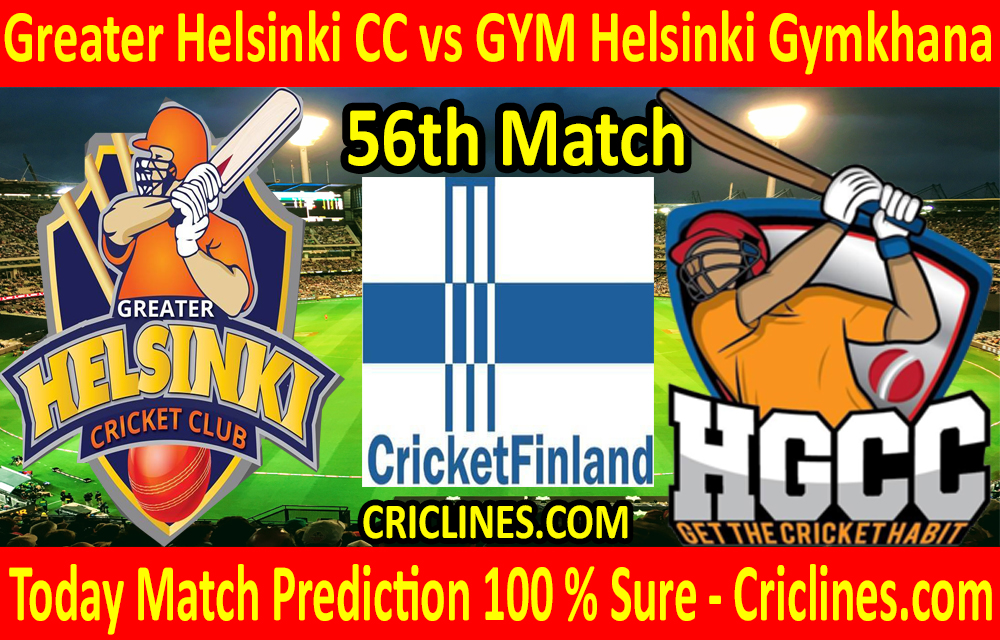 The world is ready to witness yet another big battle of T20 cricket. The 56th Match of Finnish Premier League 2020 is scheduled to play between GYM Helsinki Gymkhana and Greater Helsinki CC on Friday, 14th August 2020 at Kerava National Cricket Ground, Kerava, Finland. We are posting safe, accurate, and secure today match prediction for all matches of FPL free.

The performance of GYM Helsinki Gymkhana had been average in this season of the FPL T20 League. They had played a total of 11 matches so far with six wins to their name. They had lost four matches while their one match was ended with no result. They are holding the 4th position on the points table with 13 points and a good run rate. They lost their previous match against Helsinki Cricket Club by the margin of five wickets. The performance of their batting order was not impressive. They could manage to score 131 runs in their 20 overs inning while the performance of their bowling unit was also not good. They failed to defend the target of 132 runs in 19.2 overs.

Greater Helsinki cricket club had failed to give their best performance in this tournament. They also had played a total of 11 matches so far with just three wins to their name. They had lost eight matches and are situated at the 6th position on the points table with six points and they are poor in run rate. They won their most recent match against Empire Cricket Club with a margin of four wickets. The performance of their bowling unit was excellent. They leaked just 76 runs in their inning of 20 overs while their batting order also performed well and chased the target of 77 runs in 11.2 overs.

The 56th Match of Finnish Premier League season 2020 is scheduled to be held at Kerava National Cricket Ground, Kerava, Finland. The pitch on this venue is average. It has help for the bowlers and also for the batting. A score near about 160 can be difficult for the chasing team.