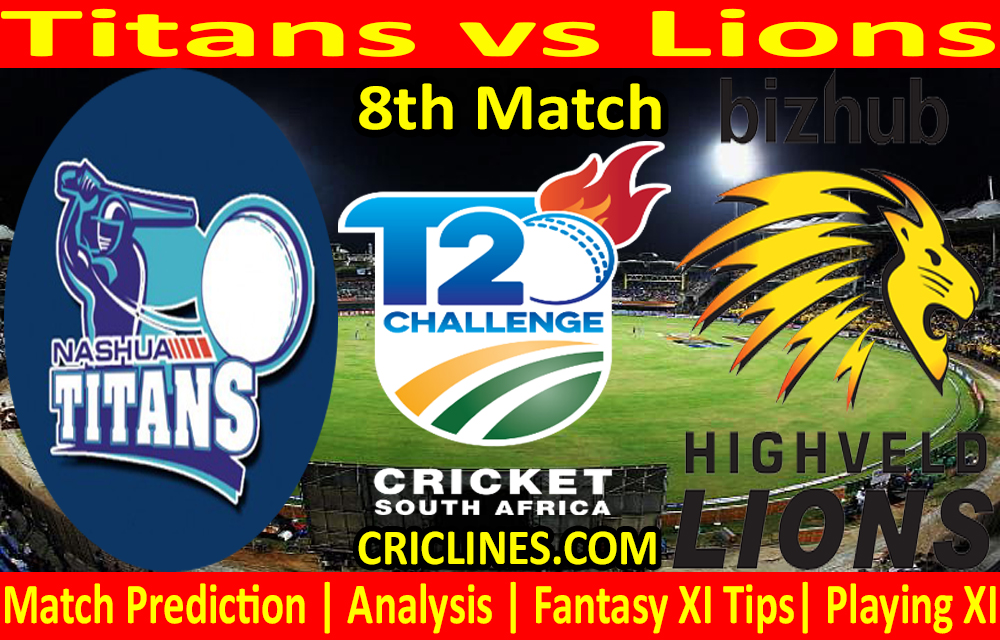 Titans performed well in this season of the CSA T20 and had won their both-played matches so far. They are holding the 2nd position on the points table right now. They are coming to this match on the back of a massive win over Cape Cobras in their most recent match by the margin of 16 runs. They won the toss and decided to bat first. The performance of their batting order was not impressive in that match. They could manage to score 148 runs in their inning of 20 overs. Makhanya was the highest run-scorer from their side who scored 47 runs on 33 deliveries with the help of three boundaries and the same huge sixes. Elgar scored 31 runs.

Titans won the previous match due to the best performance by their bowling unit. They defended the target of 149 runs and leaked 132 runs in their 20 overs inning. Lungi Ngidi was the most successful and highest wicket-taker from their side who picked three wickets in his four overs bowled out against just 18 runs. Chris Morris also had an outstanding performance with the ball in the previous match. he picked two wickets in his four overs bowled out while he was charged for 21 runs. Lizaad Williams also picked two wickets while Tabraiz Shamsi and Junior Dala picked one wicket each.

Lions had a good start to this season of the CSA T20 Challenge and had won the opening match of this tournament against Warriors with a margin of four wickets. They lost the toss and were asked to field first. The performance of their bowling unit was average in that match. They leaked 157 runs and sent the all-team of the Warriors back to the pavilion in 19.5 overs. Rabada was the most successful and highest wicket-taker from their side who picked three wickets in his four overs bowled out against 23 runs. Magala picked four wickets but he leaked a plenty of runs. He was charged for 35 runs in 3.5 overs bowled out.

Fortuin, B Hendricks, and Pretorius picked one wicket each. Lions won the previous match due to the best performance by their batting order. They chased the target of 156 runs in 19.2 overs. Rassie van der Dussen was the most successful and highest run-scorer from their side who scored 61 runs. He faced just 41 deliveries and smashed three boundaries and four sixes. The skipper, Temba Bavuma also had an outstanding performance with the bat. He scored 40 runs on 35 deliveries with the help of three boundaries and one six.

The toss is playing an important role in the decision of all matches of CSA T20 Challange 2021. As per out toss prediction, the team who will win the toss may choose to bat first. Chasing has been always the more successful option at this venue because of its bouncy pitch and small boundaries.

The 8th Match of CSA T20 Challange 2021 will be played at Kingsmead, Durban. The pitch here in this stadium is good for batting and has some help in it for seamers. The players will take some time to adjust to the conditions and that could result in some bigger scores. According to the live cricket score, we could see a 200 plus total being scored in this match.

Dream11 Prediction for Titans vs Lions 8th Match of CSA T20 Challenge. After checking the latest player’s availability, the Dream 11 Team for this match of Titans vs Lions, is mentioned under.