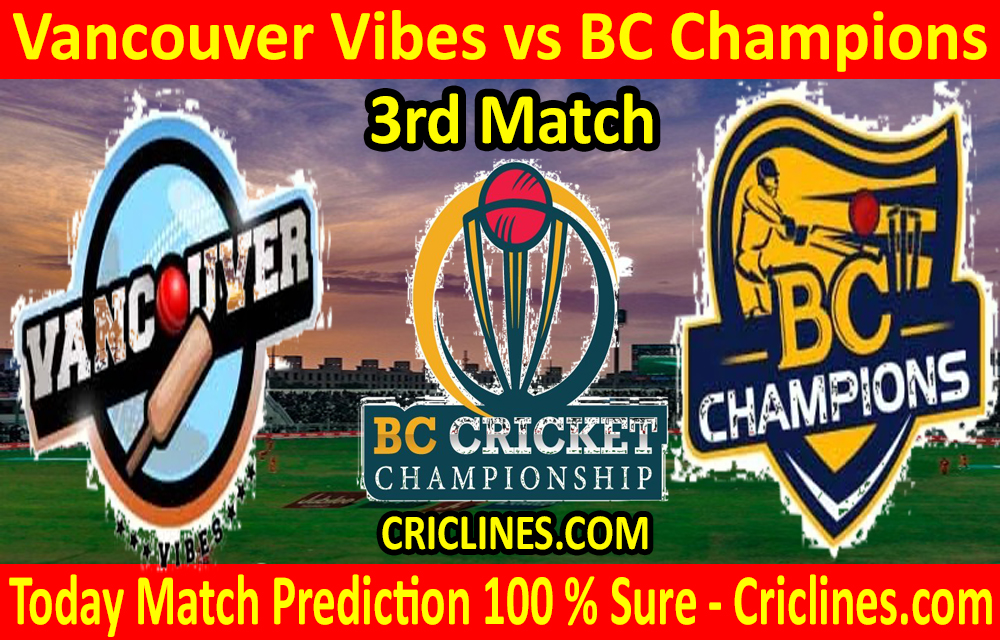 BC Champions is one of the strongest teams of this tournament. The batting order of this team looks average on papers. Ajmer Hundal, Manish Dudiha, and Sanjay Gulati are the key batsmen of this team. The bowling unit of this team is also good. Gurjit Singh, Pritinder Singh, Raman Sandhu, and Gurucharan Singh are the main bowlers of Waves. Some famous all-rounders of the shorter format of cricket are also part of the squad of this side. Harmanpreet Dhillon, Amarpreet Dhillon, Prabhjot Brar, and Vishwadeep Gill are the all-rounders for this team.

Vancouver Vibes failed to have a good start to this tournament. They lost the very first match of this tournament against Victoria Waves by the margin of 24 runs. Their bowling unit almost failed to give their best performance in that match and leaked 226 runs in their inning of 20 overs. The way how their batting order performed in that match was just amazing but they failed to chase the target of 227 runs. They could manage to score 202 runs in their inning of 20 overs.

The 3rd Match of BC Cricket Championship season 2020 is scheduled to be held at Meadowbrook Park Canada. The pitch on this venue is average. It has help for the bowlers and also for the batting. A score near about 160 can be difficult for the chasing team.