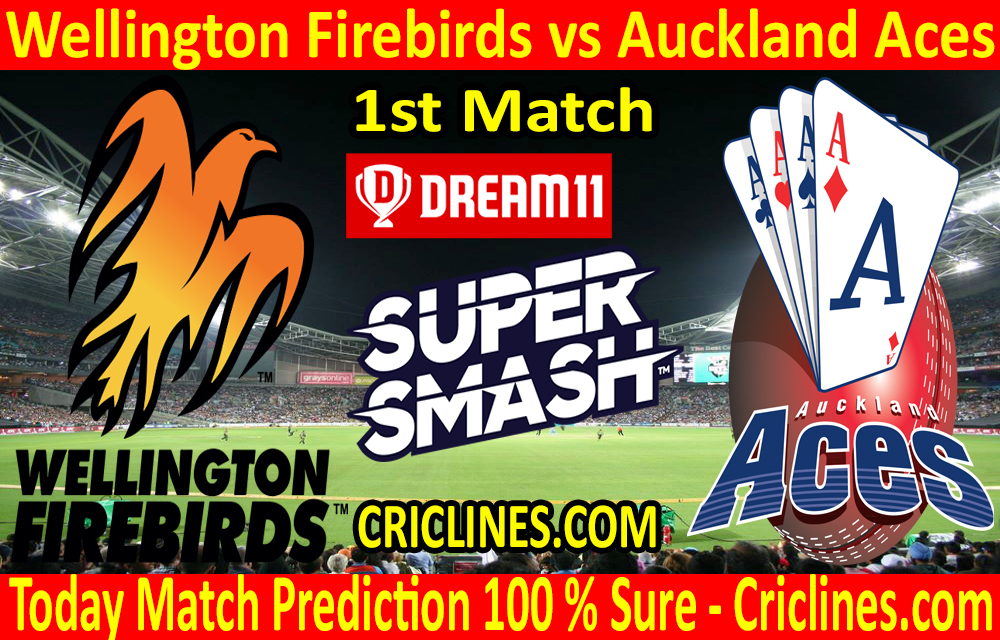 The cricket fans are ready to witness yet another big battle of T20 cricket. The 1st Match of Super Smash League 2020-21 is scheduled to play between Auckland Aces and Wellington Firebirds on Thursday, 24th December 2020 at Basin Reserve, Wellington. We are posting safe, accurate, and secure today match prediction for all matches of Super Smash League free.

Wellington Firebirds won the title of the previous edition of the Super Smash League. They were the top-performing team after the end of the league stage matches. They played 10 matches with six wins to their name. They lost four matches and were leading the points table. They beat Auckland in the final of the previous season with a margin of 22 runs. The management of the Wellington Firebirds had made some changes in their squad for this season.

Three players of the national team of New Zealand like Devon Conway, Jimmy Neesham, and Michael Bracewell are part of the squad of this team. Michael Bracewell is going to lead this team during this edition of the Super Smash League. Fraser Colson, Troy Johnson, Jamie Gibson, Rachin Ravindra, and Finn Allen are the key batters for the Wellington. The bowling unit of Wellington is strong at least on papers. Hamish Bennett, Rachin Ravindra, and Michael Snedden will be leading the bowling department of this team.

Auckland Aces are the runner up team of the Super Smash League previous season. Like all other teams, they played a total of 10 matches at the league stage with just four wins to their name. They lost four matches while their two matches were ended with no result. They were holding the 3rd position on the points table after the end of the league stage matches. They beat Otago Volts in the eliminator match and qualified for the final where they were beaten by Wellington Firebirds. The management of Auckland also had made some key changes in their final squad.

Robert ODonnell is going to leading the Auckland Aces in this season of the Super Smash League. The batting order of this team is good but not strong at least on papers. Sean Solia, Graeme Beghin, Ben Horne, and Ben Lister are the key batters of this team. Martin Guptill is also expected the be a part of the squad of Auckland. Colin Munro is also in the squad of this team but he is recently playing in the Big Bash League. The bowling unit of the Auckland Aces is also good but not strong. Louis Delport, Will Somerville, Jamie Brown, Glenn Phillips, and Mark Chapman are the key players in the bowling department.

The 1st Match of Super Smash League is going to be held at Basin Reserve, Wellington. The pitch here at this venue should be good for batting as it is in most places around New Zealand. We should have a very high scoring match is we get some warm and sunny conditions. A score of more than 180 runs should be as a par.

The weather forecast for Wellington for matchday is not good. There are some chances of rain but we are hoping that there will be no disturbance during this match.