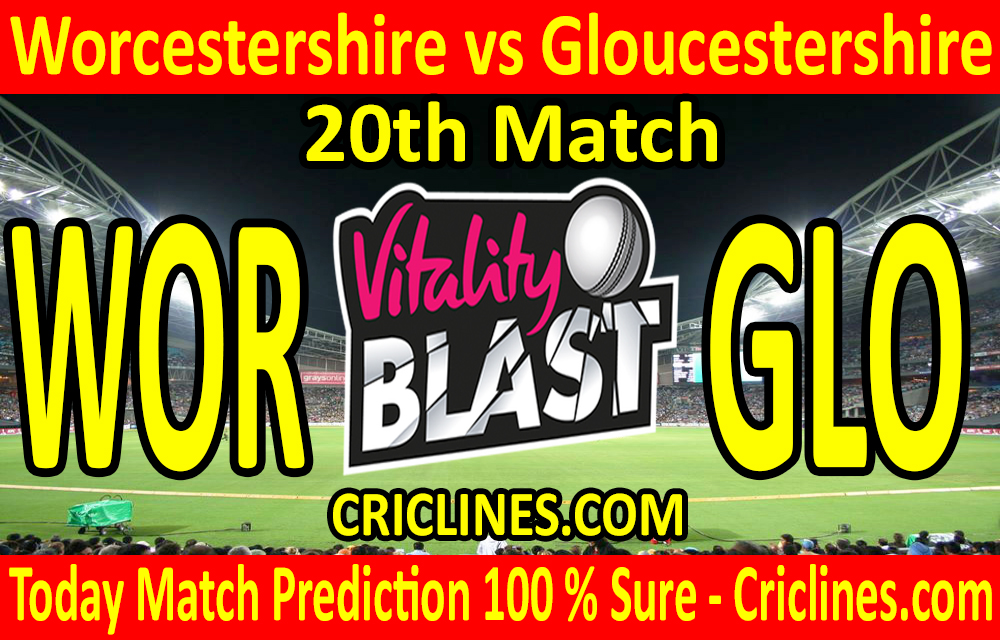 Worcestershire had failed to have a kick start to this tournament. They had played a total of two matches so far with one loss while their other match was ended with no result. They lost their most recent match against Northamptonshire by a massive margin of nine wickets. They lost the toss and were asked to bat first. The performance of their batting order was not impressive. They could manage to score just 124 runs in their inning of 20 overs. Jack Haynes was the most successful batsmen from their side who scored 41 runs. The bowling unit of Worcestershire failed to defend a low target on the board and was charged for the target of 125 runs in just 15.1 overs. Dillon Pennington was the only successful bowler from their side who picked one wicket in his four overs bowled out while he was charged for 32 runs.

Gloucestershire had also failed to give their best performance in this season of T20 Blast so far. They had played a total of two matches with one lost while another match ended with no result. They faced a defeat in their previous match against Glamorgan by the margin of 15 runs. They won the toss and decided to field first. The performance of their bowling unit was average. They leaked 150 runs in their inning of 20 overs. Ryan Higgins was the highest wicket-taker from their side who picked three wickets in his four overs bowled out while he was charged for 29 runs. Tom Smith picked two wickets while M Taylor and Gv Buuren picked one wicket each.

The performance of the batting order of Gloucestershire was not impressive in the previous match. They failed to chase the target of 151 runs and could manage to score 135 runs in their inning of 20 overs. Graeme van Buuren was the most successful and highest run-scorer from their side who scored 53 runs on 33 deliveries with the help of three boundaries and the same huge sixes. George Scott scored 33 runs while James Bracey could manage to score 17 runs.

The 20th Match of Vitality T20 Blast is going to be played at New Road, Worcester. The pitch here at this stadium is expected to be flat and much favored for batting. It has a decent amount of pace and bounces in it. We may have some high scoring matches here. The pitch may also have some help in it for the seamers.

Check out the Dream11 fantasy prediction for the 20th Match of the finals day in Vitality T20 Blast, between Worcestershire and Gloucestershire.