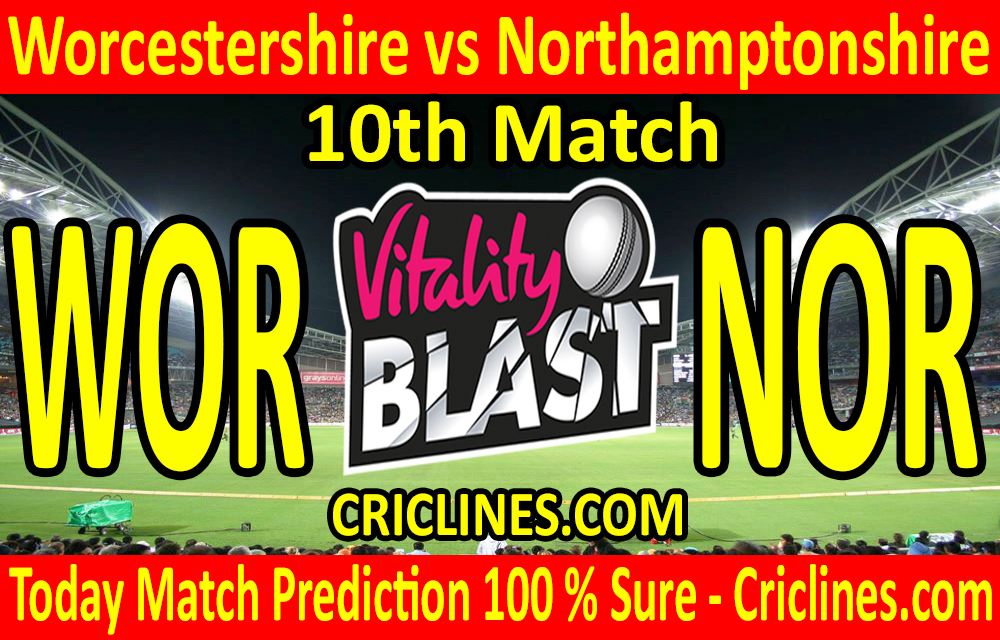 The world is ready to witness yet another big battle of Vitality T20 Blast. The 10th Match of Vitality T20 Blast 2020 is scheduled to play between Worcestershire and Northamptonshire on Saturday, 29th August 2020 at New Road, Worcester. We are posting safe, accurate, and secure today match prediction for all matches of T20 Blast free.

Most matches of this season of the T20 blast had been ended with no result as the weather in the United Kingdom is not good. There is a rainy season and it is disturbing almost all matches of this tournament. The first match of Worcestershire was also ended with no result. The performance of this team was average in the previous edition of the T20 Blast. They played a total of four matches at the league stage with six wins to their name. They lost five matches while their three matches were ended with no result. They were situated at the fourth position on the points table of the North Group. They beat Sussex in the 3rd Quarter-Final match and won the 1st Semi-Final match against Nottinghamshire but they were beaten by Essex in the final by the margin of four wickets.

The first match of Northamptonshire was also ended without any result. The performance of this team was not good in the season of this tournament. Like of all other teams, they also played a total of 14 matches at the league stage with just four wins to their name. They lost six matches while their four matches were ended with no result. They were situated at the 7th position on the points table of the North Group after the end of league stage matches.

The 10th Match of Vitality T20 Blast is going to be played at New Road, Worcester. The pitch here at this stadium is expected to be flat and much favored for batting. It has a decent amount of pace and bounces in it. We may have some high scoring matches here. The pitch may also have some help in it for the seamers.

Check out the Dream11 fantasy prediction for the 10th Match of the finals day in Vitality T20 Blast, between Worcestershire and Northamptonshire.

WOR vs NOR DREAM11 LINEUP