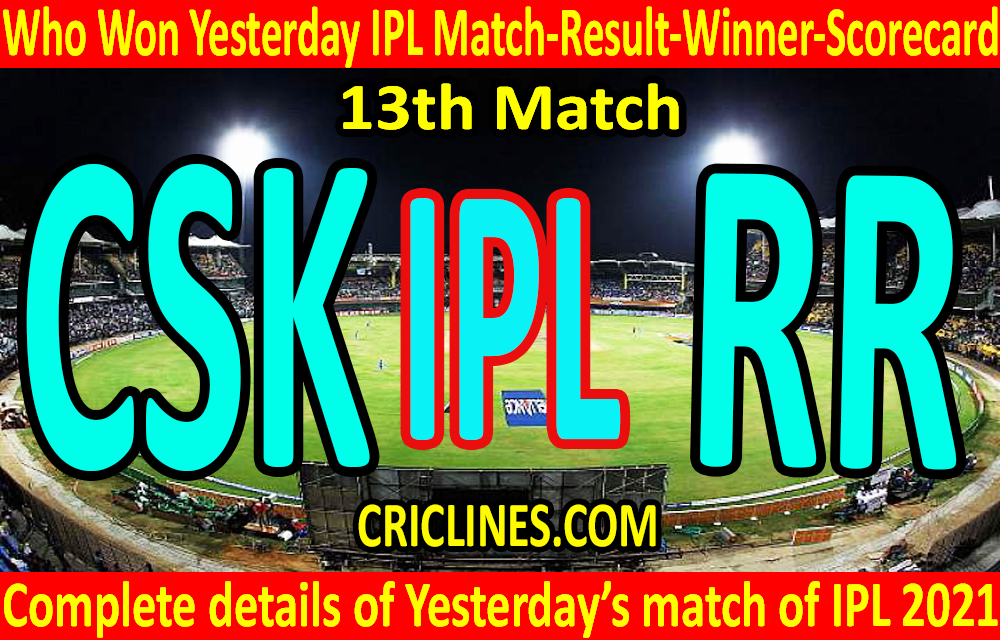 Result: Chennai Super Kings was the team who won yesterday’s match of IPL by the margin of 45 runs.

Moeen Ali was the man of the match due to his best bowling performance.

Rajasthan Royals won the toss and decided to field first. The performance of their bowling department was average. They leaked 188 runs on a batting favored pitch. But it was their batting order who almost collapsed in yesterday’s IPL match. They failed to chase the target of 189 runs and could manage to score 143 runs.

Chennai Super Kings were asked to bat first as they lost the toss. The way how the batting order of CSK performed in that match was just outstanding. They scored a total of 188 runs in their inning of 20 overs. Faf du Plessis was the highest run-scorer from their side who scored 33 runs. Rayudu scored 27 runs while Moeen Ali could manage to score 26 runs.

Chennai Super Kings won the previous match due to the best bowling performance. They defended the target of 189 runs and leaked 143 runs in their inning of 20 overs. Moeen Ali was the most successful bowler from their side who picked three wickets against just seven runs in three overs. Sam Curran and Ravindra Jadeja picked two wickets each.

The performance of the bowling department of Rajasthan Royals was not bad in the previous match. They leaked 188 runs in their inning of 20 overs. Chetan Sakariya was the highest wicket-taker from their side who had three wickets to his name. Chris Morris got two wickets while Mustafizur and Rahul Tewatia picked one wicket each in yesterday’s IPL match.