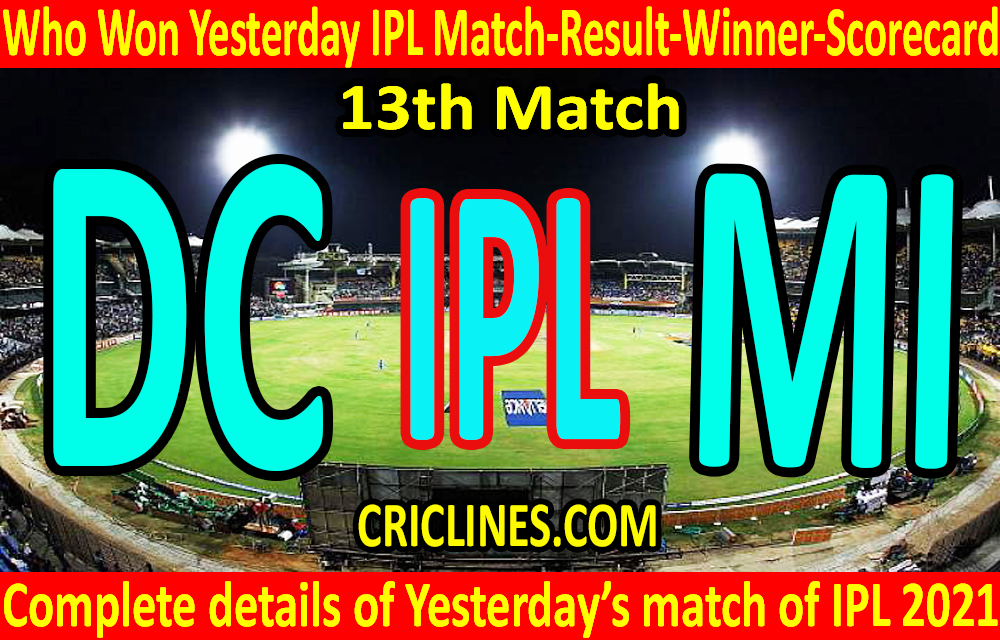 Result: Delhi Capitals was the team who won yesterday’s match of IPL by the margin of six wickets.

Amit Mishra was the man of the match due to his best bowling performance.

Mumbai Indians won the toss and they decided to bat first. The batting order of the Mumbai Indians almost collapsed in that match. They could manage to score just 137 runs in their inning of 20 overs and their bowling order failed to defend the target of 138 runs.

The batting order of Mumbai Indians failed to give the best performance in the previous match. They could manage to score 137 runs in their inning of 20 overs. The skipper, Rohit Sharma was the highest run-scorer from their side who scored 44 runs. Suryakumar Yadav scored 24 runs while Ishan Kishan was the other batsman who put some runs on the board. He scored 26 runs.

The bowling unit of Mumbai Indians also failed to give their best performance. They failed to defend the target of 138 runs and leaked this target in 19.1 overs. No bowler from their side could give the best performance in that match. Jayant Yadav, Jasprit Bumrah, Rahul Chahar, and Kieron Pollard picked one wicket each in yesterday match of IPL.

The bowling unit of the Delhi Capitals performed well after losing the toss. They stop the strong batting order of Mumbai Indians on a total of 137 runs. Amit Mishra was the highest wicket-taker from their side who picked four wickets. Avesh Khan picked two wickets while Stoinis, Kagiso Rabada, and Lalit Yadav picked one wicket each in the previous match.

Like the bowling, the batting order of Delhi Capitals also performed well in the previous match. They chased the target of 138 runs in 19.1 overs. Shikhar Dhawan was the highest run-scorer from their side who scored 45 runs. Steven Smith scored 33 runs while Lalit Yadav remained not out after scoring 22 runs.