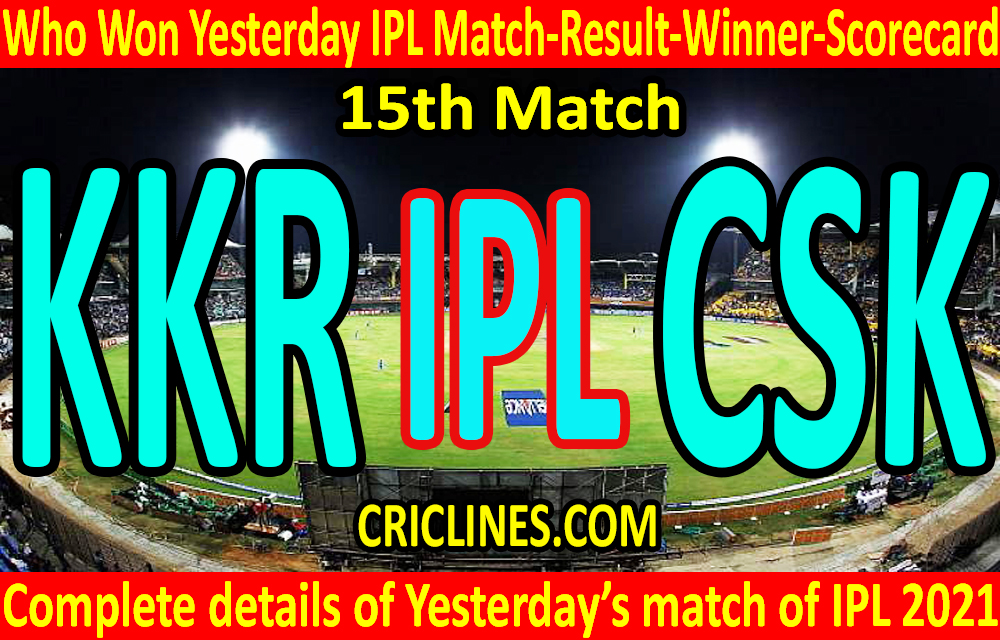 Result: Chennai Super Kings who won yesterday’s match of IPL by the margin of 18 runs.

Faf du Plessis was the man of the match due to his best batting performance.

Kolkata Knight Riders won the toss and decided to field first. This decision did not work properly and they leaked 220 runs in their inning of 20 overs. Their batting order performed well but failed to chase the target of 221 runs and scored 203 runs in their 20 overs.

The bowling department of Kolkata Knight Riders almost failed to give the best performance in yesterday’s match of IPL. They leaked 220 runs in their inning of 20 overs. Chakravarthy, Sunil Narine, Andre Russell were the bowlers who picked one wicket each.

The batting order of Kolkata Knight Riders failed to have a good start and lost their key five wickets on a total of just 31 runs but in the end, they scored 203 runs in their inning of 20 overs. Pat Cummins was the highest run-scorer from their side who scored 66 runs. Andre Russell scored 54 runs while Dinesh Karthik scored 40 runs.

Chennai Super Kings lost the toss and were asked to bat first. The performance of their batting order was just outstanding. They scored a total of 220 runs in their inning of 20 overs. Faf du Plessis was the highest run-scorer from their side who scored 95 runs. Ruturaj Gaikwad scored 64 runs while Moeen Ali could manage to score 25 runs.

The start of the bowling department of Chennai Super Kings was good but they leaked plenty of runs in the middle overs. They defended the target of 221 runs and leaked 203 runs in their inning of 20 overs. Deepak Chahar was the highest wicket-taker from their side who picked four wickets while Lungi Ngidi picked three wickets.