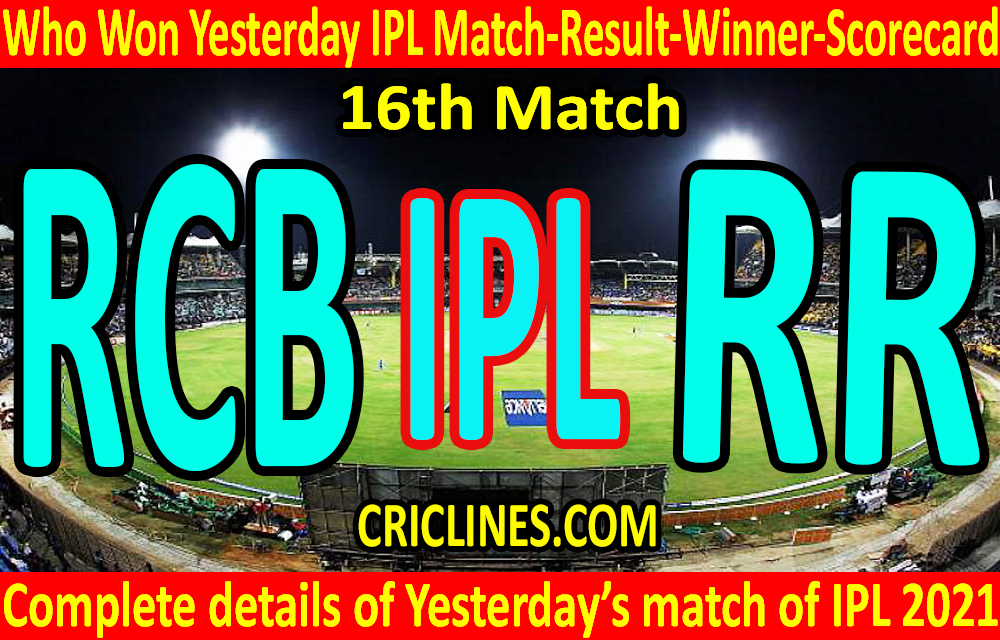 Result: Royal Challengers Bangalore was the team who won yesterday’s match of IPL by the margin of 10 wickets.

Devdutt Padikkal was the man of the match due to his best batting performance.

Royal Challengers Bangalore had won the 4th match in a row. They won the toss and decided to field first. The performance of their bowling unit was good but not the best. They leaked a total of 178 runs in their inning of 20 overs. Siraj was the highest wicket-taker from their side who picked three wickets. Harshal Patel also picked three wickets but he leaked plenty of runs. Kayle Jamieson, Kane Richardson, and Washington Sundar picked one wicket each.

The batting order of Royal Challengers Bangalore had the best performance of their history of IPL. They chased the target of 179 runs without losing any wicket. Devdutt Padikkal was the highest run-scorer from their side who smashed his first IPL hundred. He scored 101 runs while the skipper, Virat Kohli also had an outstanding performance and scored 72 runs.

Rajasthan Royals lost the toss and were asked to bat first. They lost their key four wickets on a total of just 45 runs but they managed to score 178 runs. Shivam Dube was the highest run-scorer from their side who scored 46 runs. Rahul Tewatia scored 40 runs while Riyan Parag could manage to score 25 runs.

The bowling department of Rajasthan Royals also failed to give the best performance in yesterday’s match of IPL. They failed to defend the target of 179 runs and leaked this target on 16.3 overs without picking any wickets. Shreyas Gopal, Chetan Sakariya, Chetan Sakariya, Mustafizur Rahman, Rahul Tewatia, and Riyan Parag were the bowlers who failed to pick any wicket.