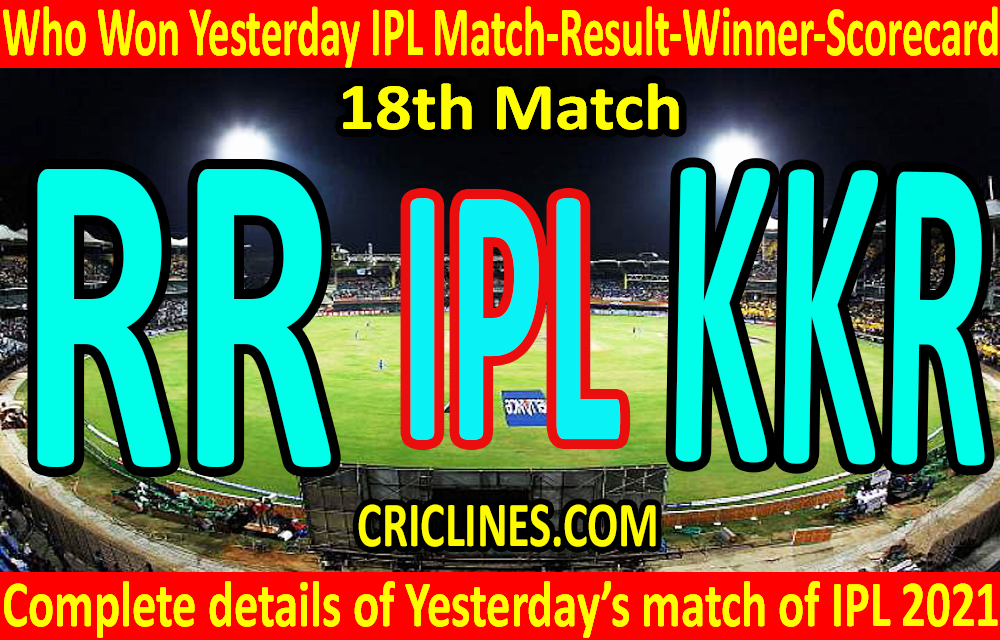 Result: Rajasthan Royals was the team who won yesterday’s match of IPL by the margin of 10 wickets.

Chris Morris was the man of the match due to his best bowling performance.

Rajasthan Royals won the toss and decided to field first. The bowling department of this team was good in the previous match. They leaked 133 runs in their inning of 20 overs. The batting order of this team also performed well and chased this target in 18.5 overs.

Rajasthan Royals had performed well in yesterday’s match of IPL against Kolkata Knight Riders. The bowling department of this team was just outstanding. They leaked just 133 runs. Chris Morris was the highest wicket-taker from their side who picked four wickets. Unadkat, Mustafizur, and Chetan Sakariya picked one wicket each.

The batting order of Rajasthan Royals also performed well in yesterday’s IPL match. They chased the target of 134 runs in 18.5 overs. The skipper, Sanju Samson was the highest run-scorer from their side who remained not out after scoring 42 runs. David Miller scored 24 runs while Yashasvi Jaiswal and Shivam Dube scored 22 runs each in yesterday IPL match.

Kolkata Knight Riders failed to perform well in almost all departments. Their batting order failed to give the best performance in the most recent match. Karthik was the highest run-scorer from their side with 25 runs to his name. Nitish Rana scored 22 runs while Tripathi had 36 runs to his name.

The bowling department of Kolkata Knight Riders also failed to give the best performance. They failed to defend a low target on the board and leaked the target of 134 runs in 18.5 overs. Varun Chakravarthy was the highest wicket-taker from their side who picked two wickets to his name. Shivam Mavi and Prasidh Krishna picked one wicket each while Pat Cummins and Sunil Narine were the bowlers who failed to pick any wicket.