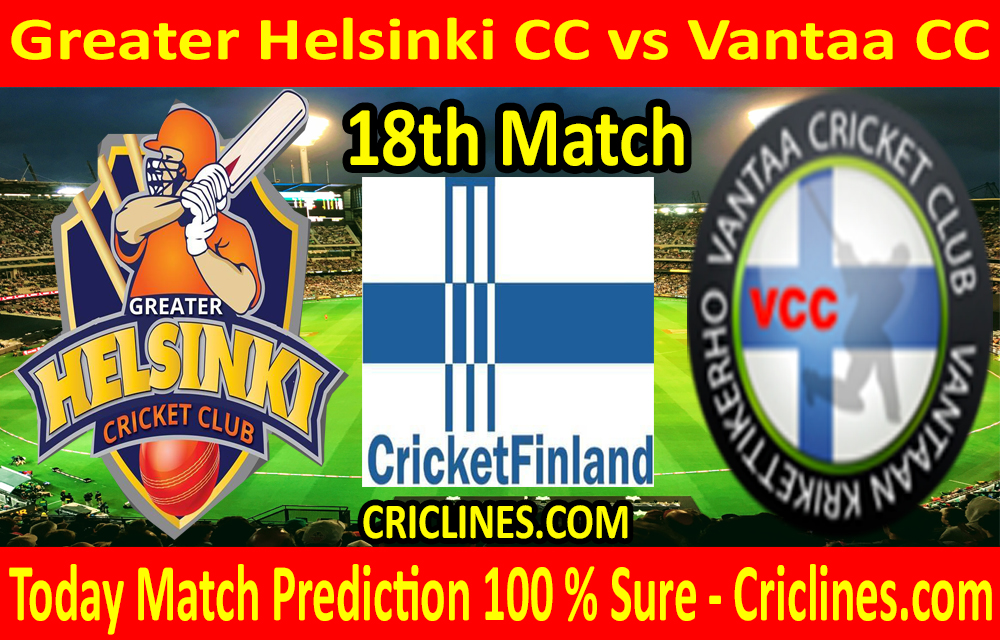 The cricket fans are ready to witness yet another big battle of T20 cricket. The 18th Match of Finnish Premier League 2020 is scheduled to play between Vantaa CC and Greater Helsinki CC on Friday, 3rd July 2020 at Kerava National Cricket Ground, Kerava, Finland. We are posting safe, accurate, and secure today match prediction for all matches of FPL free.

Vantaa Cricket Club is the worst performing team of this season of FPL T20. They had played a total of two matches and are still searching for a win. This team had lost its both played matches and are laying at the bottom of the points table of FPL T20.

Tavernier, Jayasinghe, and Kahingala are the key batsmen of Vantaa Cricket Club who are scoring some runs in this tournament. Peththahandi is also performing well with the ball. Madura Milan Hettiarachilage, Manoj Manohar Achchige, and Nalaka Hangamuwe are their overall good players.

The performance of Greater Helsinki CC not been impressive in this tournament. They had played three matches and are still searching for a win. They had lost their all three matches played so far and are situated at the second last position on the points table.

Ghulfam Nazir, Muhammad Ziaur Rehman, and Abdullah Attiqe are their key batsmen from their side who are performing well in this tournament. Naveed Shahid is another batsman who is playing well. Gulfam Nazir and Abdullah Attiqe are acting in this tournament like power hitters. Ali Waris, Sohail Amin, and Muhammad Ziur Rehman are taking care of the bowling unit of this team.

Greater Helsinki CC is a strong team of this tournament. Their bowling and batting unit looks good at least on paper, so the winning chances of today match for Vantaa CC have been increased. The equation of winning chances of both teams for today’s match is mentioned as under.

The 18th Match of Finnish Premier League season 2020 is scheduled to be held at Kerava National Cricket Ground, Kerava, Finland. The pitch on this venue is average. It has help for the bowlers and also for the batting. A score near about 160 can be difficult for the chasing team.