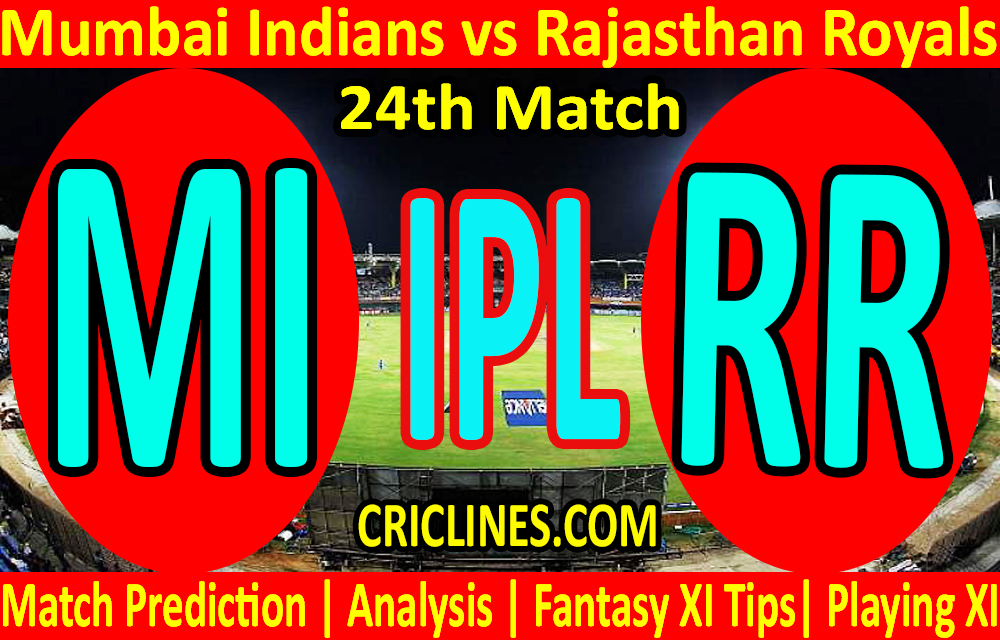 The world is ready to witness yet another big battle of the IPL T20. The 24th Match of the Indian Premier League is scheduled to play between Mumbai Indians and Rajasthan Royals on Thursday, 29th April 2021 at Arun Jaitley Stadium, Delhi. We are posting safe, accurate, and 100% secure today match prediction for all matches of IPL T20 free.

The defending champions had been under pressure in this season of IPL so far. They had won just two out of five matches played so far and are holding the 4th position on the table. Their recent defeat was against Punjab Kings by a handsome margin of nine wickets. Mumbai Indians are not a weak team but they had failed to give the best performance till now. The performance of the batting order of defending champions had been average till now. We had not seen a big total on the board from this site. The skipper, Rohit Sharma had been goon so far with the bat. Since the last two matches, he is in excellent form and scored 63 runs in the previous matches. Quinton de Kock scored some runs in the opening matches but had failed to put some big runs on the board since the last couple of matches. Ishan Kishan and Suryakumar Yadav also had been average till now while the hard hitters of this team, Kieron Pollard and Hardik Pandya almost failed to score some runs in the middle overs.

We had seen some good performances by the bowling department of Mumbai Indians and they had played a key role in each and every win of the defending champions. Jasprit Bumrah is the leading bowler of Mumbai and had performed well in each match that he played. Jayant Yadav had also performed well in this season of the IPL T20 so far. Rahul Chahar is the other bowler who had been good with the ball in all previous matches. Kieron Pollard had been used as the sixth bowler by Mumbai Indians and had performed well whenever had was given the ball. Krunal Pandya is the bowler who had been a bit expensive in the previously played matches but this is also true that he had picked wickets. Trent Boult is also one of the leading bowlers of Mumbai Indians but he was the most expensive bowler and also failed to pick any wicket. The bowling department of Mumbai Indians is strong and also performing well but it is up to the batting order who had to put some big runs on the board otherwise, they are going to face some big hurdles in the next matches.

Rajasthan Royals is the second-worst performing team of this 14th edition of the IPL right now. They had two wins to their name out of five matches played so far. The bowling department of Rajasthan Royals had performed well in some most recent matches. Chris Morris is leading the bowling unit of this team. Not only he had picked early and key wickets, but he also had been the most economical bowler from their side. He was the highest wicket-taker from their side in the previous match who picked four wickets against Kolkata Knight Riders. Chetan Sakariya is the other bowler who had performed well in almost all previously played matches. The performance of Unadkat and Mustafizur Rahman had been average in this tournament so far. The performance of Rahul Tewatia and Shivam Dube had been below the belt and they need to give the best performance in upcoming matches.

The batting order of Rajasthan Royals had not performed well as many of us were hoping. There are only two batsmen on the Rajasthan side who are giving the best performance and are taking care of the batting order. David Miller had scored runs in almost each and every match he had played. Jos Buttler is the other batsman from their side who had given the best performance with the bat in almost all matches. The skipper, Sanju Samson had also scored runs. He scored a hundred in the very first match of this tournament but in the next three matches, he failed to put some runs on the board. He scored 42 runs in the most recent match against Kolkata Knight Riders and played a key role in the win for his team. Rahul Tewatia, Shivam Dube, and Yashasvi Jaiswal had failed to perform well so far. We think that Rajasthan Royals will make some key changes in the final playing eleven for this match.

Mumbai Indians is overall a strong team than SRH. They have the best players in the t20 format. The batting order of this team is also strong and some well-known hitter of t20 format is part of the squad of this team, so the winning chances of today match for Mumbai Indians have been increased. The equation of who will win today cricket match prediction and who will win the cricket match today is mentioned as under.

The 24th Match of IPL T20, 2021 is going to be held at the Arun Jaitley Stadium, Delhi. We had observed in the previous matches played here that the pitch here at this venue is good for batting in early overs. The track has a good amount of pace and bounce which allows the batsmen for the good cricketing shorts but this ground also has big boundaries which can be a plus point for the bowlers. A score of 190 plus seems to be a par score.

Dream11 fantasy team lineup prediction for Mumbai Indians vs Rajasthan Royals 24th Match IPL 2021. After checking the latest player’s availability, which players will be part of both teams, the possible tactics that the two teams might use as we had learned from previous seasons of the Indian Premier League to make the best possible Dream11 team. 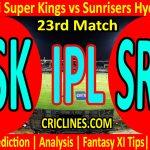 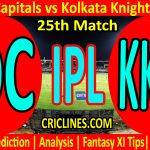